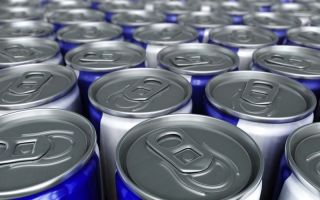 A 50-year-old man developed a condition called acute hepatitis after consuming energy drinks regularly for three weeks, according to a new report of the man's case.

Acute hepatitis, or inflammation of the liver, can be caused by the consumption of a wide range of drugs and dietary supplements, including certain vitamins, according to the report. In some cases, the condition can lead to acute liver failure, which can be deadly.

The man told doctors in the emergency room that he had been feeling sick for two weeks, with symptoms that included abdominal pain, a lack of appetite, nausea, vomiting and feeling sick, according to the case report, which was published Nov. 1 in the journal BMJ Case Reports.

He initially thought that he had the flu; however, he "became alarmed when he developed dark urine and generalized jaundice," or yellowing of the skin, the doctors who treated the man wrote in the report. The team of doctors was led by Dr. Jennifer Harb, a dermatologist at the University of Florida College of Medicine. [5 Health Problems Linked to Energy Drinks]

The doctors learned that the man did not take any medications or use drugs; however, the man said that he had been drinking four to five energy drinks a day for the past three weeks.

During a physical exam, they found that the man's abdominal pain was located near his liver. Jaundice is also a sign of liver problems, which occur when the liver has trouble performing its normal function of breaking down worn-out red blood cells, according to the U.S. National Library of Medicine.

The doctors performed additional tests, including blood tests and a liver biopsy, and found that the man had acute hepatitis, according to the report. The patient was also found to have chronic hepatitis C, a different type of liver infection.

The doctors do not think, however, that the man's chronic hepatitis infection was related to the acute condition that landed him in the hospital, according to the report.

Rather, the energy drinks appeared to be the culprit, and in particular, one specific ingredient in them: vitamin B3.

The man's energy drink of choice contained 40 milligrams of vitamin B3, which is double the 20-mg amount that people are recommended to get every day, the doctors wrote. Because he was drinking four to five of these drinks a day, his total daily intake of vitamin B3 was between 160 mg and 200 mg, they wrote.

Previous research has suggested that ingesting more than 500 mg of vitamin B3 in a single day can have toxic effects on the liver, according to the study. Though the man drank less than this amount on a daily basis, it's possible that there was an "accumulative effect" of the vitamin on the man's liver, they wrote.

The man's case was somewhat similar to the one other case that has been reported in the medical literature on energy drinks and acute hepatitis. In that case, published in 2011 in the Journal of Medical Case Reports, a woman developed acute hepatitis after drinking around 300 mg of vitamin B3 from energy drinks each day for two weeks.

The authors noted that it's also possible that other compounds in the energy drinks may have contributed to the man's symptoms, but they said that there isn't enough information available on how these other compounds affect the liver.

The man stopped drinking energy drinks, but had to stay in the hospital for six days. By the third day, his symptoms had gone away, the doctors wrote. He planned to see a liver doctor later for treatment of his chronic hepatitis C, according to the report.