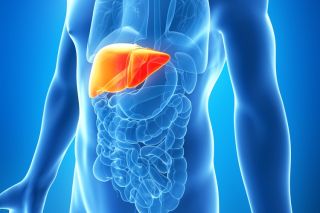 The number of deaths from hepatitis C in the U.S. is on the rise, and the increase is hitting particularly hard among middle-age people, a new study from the Centers for Disease Control and Prevention (CDC) reports.

The study found that the number of deaths in the U.S. from hepatitis C rose from 11,051 in 2003 to 19,368 in 2013. And baby boomers, or those ages 55 to 64, accounted for 51 percent of the deaths in 2013, according to the study, published online (March 17) in the journal Clinical Infectious Diseases. The hepatitis C virus infects the liver cells and can lead to serious liver problems, including cirrhosis (scarring of the liver) or liver cancer.

This rise in deaths from hepatitis C is "alarming," said Amy Nunn an associate professor of behavioral and social sciences at the Brown University School of Public Health in Providence, Rhode Island. Nunn is currently working on a study about hepatitis C screening and treatment in Philadelphia; she was not involved in the new report from the CDC. "This is an epidemic of enormous magnitude," she said.

In the analysis, CDC researchers looked at data collected from death certificates in the U.S. between 2003 and 2013. The researchers compared the number of Americans who died each year from hepatitis C to the number of deaths from 60 other "nationally notifiable" infectious conditions, meaning diseases that health officials in every state are required to report to the CDC. These include HIV, pneumococcal disease, tuberculosis, measles, mumps, rabies and Lyme disease. [The 9 Deadliest Viruses on Earth]

During the study period, there was an average yearly increase in deaths from hepatitis C of more than 6 percent, the researchers found.

During the same period, deaths from the 60 other infectious conditions included in the study decreased: They fell from 24,745 in 2003 to 17,915 in 2013, or an average yearly decrease of more than 3 percent, according to the findings.

In 2012, the number of Americans who died from hepatitis C exceeded the total number of deaths from all 60 of those other notifiable infectious conditions, the researchers found.

The hepatitis C virus is one of five viruses that are known to cause hepatitis, or inflammation of the liver. Hepatitis C spreads primarily when people share needles, syringes or other equipment used to inject drugs. But before 1992, when the U.S. began screening the blood supply for the virus, hepatitis C was also commonly spread through blood transfusions and organ transplants.

Less common ways of contracting the virus include accidental needle punctures among health care workers; sharing personal care items that may have come in contact with another person's blood, such as razors or toothbrushes; and sexual contact with a person infected with hepatitis C.

Many people who are currently infected with hepatitis C are baby boomers who may have dabbled once or twice with an injectable drug when they were younger, Nunn told Live Science. Because people are not routinely screened for hepatitis C, about 85 percent of those infected with the virus don't know they have it, she said.

There is a stigma and shame attached to hepatitis C because some of those infected are current or former injectable drug users, Nunn said.

The study findings also come as no surprise to Dr. Raymond Chung, director of hepatology and the Liver Center at Massachusetts General Hospital in Boston, he said.

"Hepatitis C may be a different beast from other infections" that affect the liver, that may be shorter in duration or have more symptoms, Chung said. Hepatitis C can be a silent illness, and people may have no symptoms for decades, allowing the disease to progress in the liver unnoticed, he explained. [7 Devastating Infectious Diseases]

Three million to 4 million Americans may be chronically infected with hepatitis C, and most of those people are in their baby boomer years, Chung told Live Science. "That's the group where the epidemic resides," he said.

Baby boomers were likely infected in the 1970s and '80s, and have had the disease for about three decades, Chung said. The illness may be diagnosed when these people seek treatment for their symptoms, but the individuals may already have more advanced liver disease and more complications from it, he said.

Chung said that some people die from hepatitis C after the virus leads to liver failure or liver cancer, which reflects the trend of people being diagnosed only later in the disease process.

This increase in the number of deaths may continue for another five years or longer before it peaks, Chung said. Then, the baby boomers will get older, and may be more likely to die from other causes.

The challenge to health care providers is to identify people with hepatitis C earlier, through screening, and to get these individuals into care sooner, he said. There are now treatments that can cure the infection, or stop the development of the disease, Chung said. [Tiny & Nasty: Images of Things That Make Us Sick]

Some of the medications used in the past to treat the disease were poorly tolerated and had lots of side effects, Chung said. "The cure had a reputation for being worse than the disease itself," he noted.

The new drugs are better, but another problem is that they are very expensive, and some people are having a hard time getting access to them in early stages of the disease, Nunn said.

Hepatitis C deserves more media and public policy attention than it has received, Nunn said. Awareness of the new findings may lead more people to seek screening and treatment, she said.