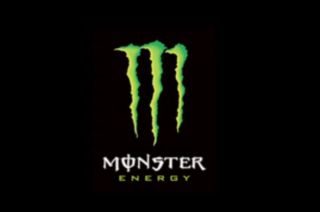 Some energy drink companies are changing the way they market their products, deciding to sell them as beverages rather than dietary supplements, which will mean a change in the drinks' labels, according to news reports.

While the move will lead to better disclosure of the products' ingredients, it leaves open loopholes that could compromise consumer safety, experts say.

Monster Beverage, which makes the energy drink Monster Energy, said that by May, 90 percent of its products will have labels that include the products' caffeine content, according to the New York Times. Caffeine content is not required to be listed for dietary supplements.

If Monster Beverage were to list the caffeine content on all of its products, it would be a small step in the right direction, said Dr. Pieter Cohen, an assistant professor of medicine at Harvard Medical School and a general internist at Cambridge Health Alliance. "Consumers need to know how much caffeine they are consuming. That should become the standard for all energy drinks," Cohen said.

The company Rockstar Energy also switched from selling its products as dietary supplements to  beverages in January, the New York Times says.

However, marketing energy drinks as beverages provides no additional evidence that these products are safe or effective, Cohen said.

Because there's no limit to the amount of caffeine allowed in energy drinks, the products' makers can still put in as much caffeine as they want. "This is clearly the loophole that needs to be closed," Cohen said.

A 16-ounce can of Monster Energy  will be listed as having 140 to 160 milligrams of caffeine, according to the New York Times. That compares with 330 milligrams for the same size of Starbucks coffee.

Sodas, on the other hand, are required to limit caffeine content to 71 milligrams per 12 ounces.

A similar limit should be set for energy drinks, Cohen said. Cohen considers 100 milligrams per 16-ounce drink to be a "safe" amount of caffeine. This would be in line with the limit for sodas and "reflects the reality that energy drinks are often consumed in large quantities," he said.

Just yesterday (March 19), a group of doctors sent a letter to the FDA urging the agency to set a limit for the caffeine content of energy drinks in order to protect consumers, especially children, from the injuries associated with high caffeine intake. Earlier this month, Cohen co-wrote an opinion article in Stars and Stripes highlighting the issue of hidden caffeine content in energy drinks for military troops, and said products not known to be safe and effective (which include energy drinks) should not be sold on military bases.

Pass it on: Some energy drink companies will list the caffeine content on their products, but more action is needed to ensure their safety, experts say.