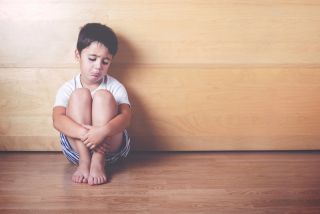 For kids, the loss of a pet can be devastating. And new research shows that part of the reason is that children may see pets as their best friends.

For example, one 13-year-old boy in the study told a researcher that when his cat died two years ago, he felt as though his "life was over," according to the findings.

The new results show that kids "often see themselves as the center of their pet's affections," study author Joshua Russell, an assistant professor of environmental studies at Canisius College in Buffalo, New York, said in a statement. "They describe their pets as siblings or best friends with whom they have strong connections."

In the study, Russell asked 12 children between ages 6 and 13 in Toronto how they felt about the deaths of animals, including the deaths of their own pets.

Although some of the children said they were devastated by the deaths of their furry friends for long periods of time, others said they were able to make peace with the deaths. For example, one 11-year-old girl in the study talked about the death of her beloved guinea pig. Even though the girl was sad and upset that the animal died, she said she realized that the guinea pig had lived a good life and it was her time to die, Russell told Live Science. [These 7 Foods Cause the Most Pet Deaths]

Overall, the children in the study seemed to have a good sense of how long a normal life span is for various animal species. For example, the children knew that a relatively short life span was expected for hamsters and fish, but that dogs, cats and rabbits tend to live longer, according to the findings,

Russell also looked at the different ways that the children and their families coped with the deaths of their pets. He found that many families held ceremonies commemorating their deceased pets, such as religious ceremonies or ceremonies that involved planting trees.

And although some children in the study said they had wanted to connect with friends or family when they were grieving, other children wanted to be alone. Those kids wanted to "go to their room and feel sad and deal with it on their own terms," Russell said.

The results suggest that when a child loses a pet, parents should give the child opportunities to talk about how he or she feels about the death, as long as that is what the child wants to do, Russell said. However, he added that parents should also allow their kids "some private time to deal with grief."