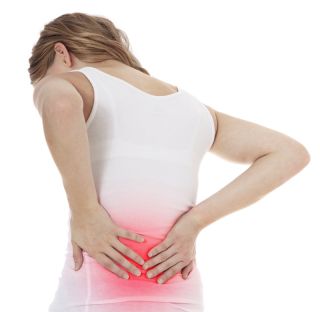 People who take a placebo, sometimes called a "dummy pill," along with their regular over-the-counter pain medication may get additional relief from their low-back pain, even if they know the placebo is essentially a dud, a new study finds.

The study involved about 100 people with low-back pain that had lasted at least three months. Most of these people were already taking pain medications, primarily nonsteroidal anti-inflammatory drugs (NSAIDs) such as ibuprofen or naproxen. Each of the patients was randomly assigned to one of two groups: The first group took their usual medication only, while the second group took their usual medication plus a placebo.

Although most studies involving placebos try to make sure participants are kept "blinded," meaning they don't know if they're taking a placebo or an active drug, the new study was different. The researchers told the participants outright that they were taking a placebo. The researchers also informed the participants about the placebo effect, saying it was a "potentially powerful" phenomenon that results from people's belief that a certain treatment works rather than from any physiological effect of the treatment. [11 Surprising Facts About Placebos]

Then, for three weeks, the participants rated their level of back pain and the extent of disability they experienced in their day-to-day activities because of their back pain.

It turned out that the people who took the placebo reported pain and disability scores that were about 30 percent lower than their initial scores, whereas those who took their regular medication but did not take the placebo did not see a significant change in their scores.

But the findings don't mean that the patients' back pain was not real, or that it was "in their heads."

Rather, the findings suggest treatments in which people know they are taking a placebo "can be a safe and effective adjunct to treatment for chronic low-back pain," the researchers, from the ISPA-Instituto Universitário  in Portugal, wrote in the Oct. 13 issue of the journal PAIN.

What's more, the findings show that placebo treatments may not require deception in order to work. In other words, researchers who use placebos in their studies may not have to keep the dummy pills a secret from patients in order to take the placebo effect into account in their study. The researchers called for further studies to evaluate the potential for "harnessing placebo effects without deception" for back pain.

It's not clear exactly why a placebo would help to reduce back pain even when patients know they are taking a placebo.

One possibility is that people still think a placebo pill might help because they are told about the potentially powerful effect of placebos. It could also be that the act of taking a pill itself — unscrewing the bottle top and swallowing something that looks like a medicine — may give rise to a placebo effect, even when patients don't consciously expect the pill to have an effect, the researchers said.

The researchers noted that their new study was small and lasted only three weeks. More research is needed to confirm the results and determine whether the effects last over the long term, they said.