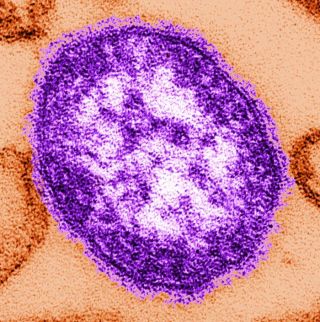 Measles has been eliminated from the Americas, but that doesn't mean countries in that region have seen their last cases, experts say.

On Tuesday (Sept. 27), the Pan American Health Organization (which is part of the United Nations) declared measles, a very contagious viral illness, to be eliminated from countries in the Americas. This includes all the countries in North, South and Central America, and the Caribbean.

Elimination of measles in the Americas means that there are no more measles cases originating in those countries. In other words, any cases, or clusters of cases, that occur in the Americas come from countries outside the Americas, said Dr. Amesh Adalja, an infectious-disease specialist and a senior associate at the University of Pittsburgh Medical Center's Center for Health Security. When this happens, these cases are referred to as "imported cases," because they originated outside a country. [The 9 Deadliest Viruses on Earth]

The United States eliminated measles in the year 2000, according to the Centers for Disease Control and Prevention. Since then, the United States has experienced a number of measles outbreaks tied to imported cases. In 2015, the United States had 189 measles cases, many of which were tied to an outbreak of measles that started at Disneyland in California, likely when a traveler with measles visited the park, the CDC says.

So far this year, 54 people in the United States have been infected with measles, and all of these cases were linked to an imported case of measles, according to the CDC.

In every U.S. measles outbreak that has occurred since 2000, authorities have been able to stop the spread of the disease within a matter of months, so measles is not continuously spread here.

But it's possible that measles could "come back," or become endemic, to the United States or any other country in the Americas, if not enough people in the region are vaccinated against the disease.

The World Health Organization says that countries should aim to have at least 95 percent of their population vaccinated against measles in 80 percent of its cities in order to prevent the spread of measles from imported cases.

The Disneyland measles outbreak was attributed to low rates of vaccination in the communities where cases occurred. In those communities, the vaccination rate was as low as 50 percent, according to a 2015 study.

Adalja noted that one reason it's important to maintain a high vaccination rate in the Americas is that there is always going to be a small number of people who are susceptible to the disease. These include children who are too young to be vaccinated, those with certain immune conditions who cannot be vaccinated and people who don't develop adequate protection from the measles vaccine. These susceptible people can contract measles and spread it to others, if not enough people in a given area are protected from measles with vaccination.

The elimination of measles from the Americas is "a major milestone," Adalja said. "But it doesn't mean we can let up on vaccination."