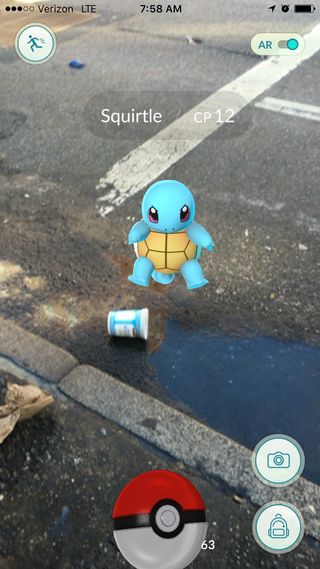 'Pokémon Go' could be a source of distracted driving and other traffic-related incidents, a new study finds.

When 'Pokémon Go' was released in July, many doctors applauded the game because it encouraged users to exercise – players' main task during the game is to seek out and "capture" the virtual characters, which can involve a lot of walking around. However, concerns soon emerged that the game could be dangerous if users started playing it behind the wheel.

Though the game "incentivizes exercise," if players use their cars to search for Pokémon, they negate any benefits, plus they take on serious risk, the researchers wrote in the study, published today (Sept. 16) in the journal JAMA Internal Medicine.

Research has shown that nearly 60 percent of accidents among young drivers occur within 6 seconds of being distracted, the investigators, led by John Ayers, a researcher at San Diego State University, wrote in the study. [9 Odd Ways Your Tech Devices May Injure You]

To estimate how many people played 'Pokémon Go' while driving or walking near traffic, the researchers searched Twitter for any tweets from July 10 through July 19 containing the words "Pokémon" and "driving," "drives," "drive" or "car." More than 345,000 tweets matched the researchers' search criteria.

Of the tweets analyzed, 33 percent showed that either a driver, passenger or pedestrian was distracted by 'Pokémon Go.'

Separately, the researchers also found that there were news reports of 14 car crashes related to 'Pokémon GO' during the same period.

The findings suggest that 'Pokémon Go' is a new distraction for drivers and pedestrians, according to the study.

To make the game safer, the researchers suggested that developers could disable the game near roadways or parking lots. In addition, though playing the game is restricted when a person is traveling at speeds over 10 mph, making the game inaccessible for a longer period of time after reaching these speeds could help improve safety, they wrote.