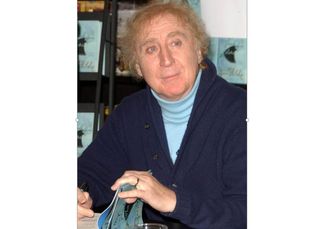 Legendary comedic actor Gene Wilder has died at age 83 from complications of Alzheimer's disease, his family announced today. But what exactly does it mean to die from Alzheimer's?

Although Alzheimer's disease shortens people's life spans, it is usually not the direct cause of a person's death, according to the Alzheimer's Society, a charity in the United Kingdom for people with dementia. Rather, people die from complications from the illness, such as infections or blood clots.

Alzheimer's is a progressive brain disease in which abnormal protein deposits build up in the brain, causing brain cells to die. The illness is best known for causing memory loss, but it also has other debilitating effects on the body, and can affect people's ability to move and eat by themselves. There is no cure for the illness.

Alzheimer's patients may have difficulty swallowing, and they may inhale food, which can result in aspiration pneumonia, Dr. Marc L. Gordon, chief of neurology at Zucker Hillside Hospital in Queens, New York, who was not involved in Wilder's care, told Live Science in a 2014 interview. Pneumonia is listed as the cause of death in as many as two-thirds of deaths of patients with dementia, according to the Alzheimer's Society. [Top 10 Leading Causes of Death]

Weight loss and other complications from Alzheimer's can also lead to a weakened immune system, the Alzheimer's Society says. This increases a person's susceptibility to potentially life-threatening infections, according to the National Institute on Aging.

These effects on the body are most pronounced in the advanced stage of the disease, which lasts about 1.5 to 2 years, on average, according to the NIH.

However, deaths from Alzheimer's disease may be underestimated, because death certificates often list pneumonia or another complication as the cause of death, rather than the underlying Alzheimer's, according to a 2014 study. The study estimated that as many as 500,000 people in the United States died from Alzheimer's in 2010.

Editor's note: Portions of this article were previously published on LiveScience.