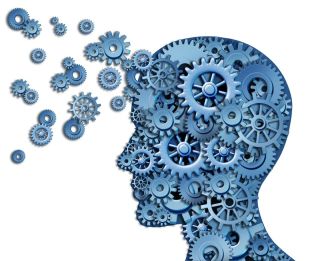 Hindsight is 20/20, right? That's the premise of a new book that poses the question:  What if we were wrong?

Chuck Klosterman's "But What If We're Wrong?" (Blue Rider Press, 2016) deals with the fact that the great march of history shows us that, well … we're always wrong. Aristotle had his run as the smartest man on the planet, but he got disproved by Galileo, who was trumped by Newton, until Einstein ruled the roost. And while there have been some hints of "proving Einstein wrong," nothing has really stuck. But even so, scientific "fact" is a fact only until it's proved wrong.

In his book, Klosterman tries to imagine the world today viewed from the vantage point of a distant future, and attempts to suss out what humans might have gotten wrong. Klosterman asks if our belief in democracy might lead to the failure of society, and speculates as to which writer who isn't even born yet is going to be as important as Hemingway, Melville or Kafka. [Read an excerpt from Klosterman's new book, "But What If We're Wrong?"]

Klosterman's strong suits are writing about rock music and contemporary culture. But, yes, there's science here, specifically the importance of embracing your potential wrongness, and how humanity might all be fictional creatures stuck in an advanced video game. But understand … this could all be wrong.

Live Science: You say this is not a book about science; but about continuums. What do you mean by that?

What I mean about continuums is that I'm not really dealing with any specific problem, especially as it applies to science. It's not like I feel particularly qualified to take a specific problem in science and say, 'Well, here's something we're probably wrong about." I don't have those qualifications!

But I am interested in the possibility that we are going to be wrong in the same way that history has indicated that mankind always is. It seems as though the history of ideas is the history of being wrong. And to me, that is a kind of continuum. It's a continual path that shows we don't always know something, but we're always shifting to a path that makes us feel more comfortable in the moment, even if that shift is wrong, and a new shift is destined to happen again.

Live Science: What got you interested in the topic of "Holy crap, we're always wrong?"

Klosterman: Part of it is I was watching the Fox reboot of "Cosmos," the one that Neil deGrasse Tyson is the host of. As I watched it, I was always intrigued that whoever was referenced, usually some scientist from the past who had some breakthrough idea, usually turned out to be wrong, and usually within one generation of his life. And it occurred to me that this must still be happening now. We're inside the now, so we can't really see it, but this process must be happening all the time. We just can't recognize it until we get outside of the time frame. [Oops! The 5 Greatest Scientific Blunders]

I think it's important to accept that things that seem almost beyond question still need to be questioned.

Live Science: You spoke to Brian Greene and Neil deGrasse Tyson for this book. How did they respond to your book's premise?

Klosterman: You know, Tyson, I think, questioned my motives. I think that he was skeptical about what my real reasons for writing a book like this were. I don't know if it's because he's become used to being asked about things by people who are really trying to disprove the validity of science, or maybe it's just the way I was asking the questions.

But all I was trying to do was say, "I'm not trying to contradict what you believe, because in all likelihood, I believe it, too. I just want to know if you think there's the possibility that what we believe now could be fundamentally flawed." And he … did not. I think he really feels that since the Copernican Revolution, we have only been refining our understanding of science because of use of the scientific method and because science is now intertwined with mathematics instead of philosophy. He seemed to think this whole line of questioning was, I wouldn't go so far as to say "dangerous," but definitely superfluous.

Now with Greene, he was more like, "This is a crazy hypothetical! I love this!" And Tyson was still fine. He gave consistently smart answers. I probably quote him at length more than anyone else in the book.

[The Copernican Revolution defines the shift from the belief that Earth was at the center of the universe to the now-established view that the sun is this center and the planets in the solar system revolve around it.]

Live Science: But isn't "well now we're right" the exact arrogance that puts us back to pre-Copernicus?

Klosterman: Well … my first answer would be yes. I would believe that to be true. But I don't feel completely secure in that belief, either. There are many arguments, thousands, that support Tyson and the way in which he views the world. Those are all micro-arguments. And the only macro-argument against that would be, "Well, that's what everyone thinks until it changes."

And I think I almost have an obligation to accept Tyson's arguments because they do seem foundationally rational. But I feel the way we view science now and the way we will view it in 500 years are going to be radically different. But I don't have the argument for that other than, "That's what everyone thinks until it changes." That's the thing, and that's why a lot of this book deals with the dissonance between what we think and what we feel.

Live Science: You mention the "simulation argument" popularized by Nick Bostrom in which we all might be sentient gamepieces in a hyper-advanced game of "The Sims." Even Bostrom admits the high end of this probability is 20 percent. What's your number?

Klosterman: The idea of us living in a simulation makes a lot of sense to me. And you know what? There are a lot of things about life that are explainable to me if we were to accept that this is a simulated reality being played by some person in the future, and that everything we know about the universe and ourselves is just on some supercomputer. That makes a lot of sense to me. It feels right in a lot of ways. But I don't have a persuasive argument to convince anyone of that other than giving them the idea and saying, "Hey, think about this." [5 Reasons We May Live in a Multiverse]

I don't have any proof for it, and science is a world of proof. I'm not dealing as much with proof as I am this idea that if we have proof, how much is really a fabrication of our own desire? Does it feel like proof just because we want it to be true?

Live Science: In discussing the simulation argument, you bring up those 20-or-so numbers that seem to guide the universe: the gravitational constant, the mass of an electron, and so on. The whole argument does feel like a stoner college dorm conversation, but things like this could point to reality being "programmed." Do you think these 20 numbers give a seemingly crazy argument some credence?

Klosterman:I think there are many things about the simulation argument that are sort of comfortably reasonable. I don't know if the 20 numbers are, because the converse to the argument that this is all some kind of computer simulation is the idea of infinity. And in infinity, all things that could possibly happen will happen. If the universe is truly infinite, every possibility will come to play. But I don't know if we as simple people really have the ability to grasp infinity. We can explain it, and we can even explain it to a 5-year-old. But we can't truly comprehend the magnitude of the infinite. [The 9 Most Massive Numbers in Existence]

Live Science: Shifting gears to the more mundane, if you had to pick the one act that rock 'n' roll will be defined by in 200 years, who is your pick?

Klosterman: Well, in a rational world, the answer is the Beatles. Their performance on "The Ed Sullivan Show" alone impacted the culture so strongly, and rippled so strongly forward. And the Beatles set the template for what a rock band is supposed to be like. Every band after the Beatles was subconsciously modeling themselves after the Beatles to some degree.

I kind of draw an analogy to the presidents, and how we're always re-ranking them. But no matter how many times we re-rank them, in another 200 years, the top presidents will still be Washington and Lincoln and Jefferson, because they defined what a president is. They are the idea, and you can't be better than the idea. The Beatles are the idea of what a rock band is.

Now will that happen? Will the Beatles be the answer? [laughs] Everything I know about the history of ideas tells me "probably not." But if things work out rationally … probably them.

Live Science: What have you learned in researching and writing this book?

Klosterman: Well, I address a whole bunch of different categories of thought. This book talks about literature, about rock, about science, about football, about politics, about TV. And what I found is an ultimately predictable thing: Someone who is an expert in television will have issues with the section on television, but assume that everything else makes sense. Or a rock critic will have serious issues with the rock section, but completely accept everything else. So I know in the science category, all scientists are going to see is the simplicity of my thinking, and the evidence that I'm in over my head.

But I'd ask people to keep in mind the idea that if you really understand something, it's even more important for you to consider the possibility of your wrongness. Even if it takes someone dumber than you to point that out.

"But What If We're Wrong?" is available now, published by Blue Rider Press, a division of Penguin Random House. You can order via Amazon, or your local bookstore.

—Similar articles of this ilk are archived on a crummy-looking blog. You can also follow @McLauchlin on Twitter.