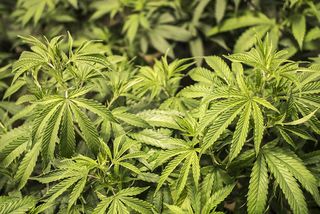 San Francisco has a new claim to fame: The city has the highest rate of marijuana use in the country, according to a new survey.

In the survey, which was conducted from 2012 to 2014 nationwide, 15.5 percent of people in San Francisco said they had used marijuana in the past month. That's much higher than the national average of 7.7 percent.

Perhaps not surprisingly, parts of Colorado (where recreational marijuana use is legal) also had high rates of marijuana use. About 14.8 percent of people in the northeastern part of the state, the Denver area, and the northwestern and southwestern parts of the state reported using marijuana in the past month.

Also, in the northern part of Alaska, nearly 15 percent of people reported past-month marijuana use, and rates were above 14 percent in parts of Rhode Island and Washington state, according to the survey, which was conducted by the Substance Abuse and Mental Health Services Administration (SAMHSA). (Alaska and Washington also have legalized recreational marijuana use.) [11 Odd Facts About Marijuana]

The survey shows that rates of marijuana use vary widely across the nation, and even within states, the researchers said.

"This information can help public health officials and others better gauge the marijuana-related prevention and treatment needs in their communities and fine-tune their programs and services to best address them," Fran Harding, director of SAMHSA's Center for Substance Abuse Prevention, said in a statement.

The report also looked at perceptions of the risk of harm from using marijuana, and found that the percentage of people who think the drug may be harmful tends to be lower in places that had higher rates of marijuana use.

In the nation as a whole, 28 percent of people said they perceived a great risk of harm from smoking marijuana once a month.

The survey involved more than 200,000 people ages 12 or older in the United States.