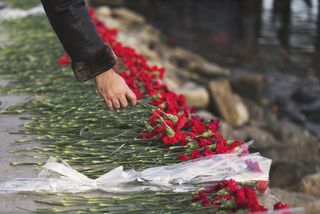 A woman at a party has too many drinks too quickly and another partygoer sexually assaults her while she's unconscious. A black man outside a convenience store has a gun in his pocket when police pin him down on the pavement and shoot him.

The way you answer that question may depend on how heavily you weigh two types of moral values, a new study finds. In experiments, researchers found that people whose values focus on reducing harm and caring for everyone are likely to blame the perpetrators: the rapist or the police. In contrast, people who adhere more closely to values like loyalty, purity and obedience to authority are more likely to blame the victims.

This difference holds after accounting for politics and demographic factors, said study researcher Laura Niemi, a postdoctoral researcher in psychology at Harvard University in Massachusetts. It's also equally true both for sex crimes, in which problems in securing convictions are often traced to victim blaming, and for crimes of a nonsexual nature.

"We're finding it across victimization in general," Niemi told Live Science. "So there's something about just being in that victim role that's what's important."

A difference of values

The vignettes above are based on recent, controversial news stories. In June, outrage erupted over a light jail and probation sentence for a former Stanford University swimmer who sexually assaulted an unconscious woman. And on Tuesday, a 37-year-old black man named Alton Sterling died after police pinned him down and fatally shot him. Video of the incident ignited instant protests because it appeared that the officers had already immobilized Sterling when they shot him.

In both cases, however, some commentators argued that the individuals' own actions — drinking heavily at a party or not cooperating with police — conferred some blame on the victims.

In the new study, which was published online June 23 in the journal Personality and Social Psychology Bulletin, Niemi and her colleagues were interested in why people see blame in such cases so differently. Previous research had suggested that victim blaming arises out of a belief in a "just world," in which people must get what they deserve. [Understanding the 10 Most Destructive Human Behaviors]

"What this work was overlooking was that it matters whether you think it's legitimate that people can deserve to be harmed at all," Niemi said.

Another line of psychological research has shown that people have very different opinions on that question. People who endorse "individualizing values," which prioritize the reduction of harm and the universal application of compassion, tend to think no one deserves harm.

In contrast, other people give more priority to "binding values," which prioritize purity, loyalty and obedience. These values are important for keeping groups together, Niemi said; for example, imagine a religious group united by taboos over eating certain foods. But binding values can "spiral out of control" and lead to callousness toward victims who don't conform to whatever standard of purity or obedience the observer holds, Niemi said.

To better understand how these moral values may influence victim blaming, Niemi and her colleagues set up four experiments using Amazon's Mechanical Turk, an online marketplace that lets users participate in studies or complete tasks for small payments. A total of 994 users participated across the four studies, all of which presented brief vignettes on sexual and nonsexual crimes, and asked people to assign the blame for the crime to the perpetrator or the victim. The participants also filled out an established questionnaire on their moral values.

Across these studies, the more that a participant believed in binding values, the more likely he or she was to blame the victims for the crimes, and to judge the victims as contaminated or tainted in some way. And these individuals were less likely to see victims as injured by the experience.[Fight, Fight, Fight: The History of Human Aggression]

People who strongly held to binding values were also more likely than those focused on individualizing values to point out things that victims, rather than perpetrators, could have done differently to prevent a crime.

In contrast, the people in the study who strongly held to individualizing values were more prone to rate victims as injured by the crime. However, this effect on victim judgment was not as strong as the effect of binding values, Niemi said.

The researchers also found that phrasing could influence where people placed blame. For example, Niemi said, in the context of this week's events, people would be more likely to fixate on the victim's actions if they read a sentence like, "Alton Sterling was shot by police," than if they're told, "Police shot Alton Sterling."

"If you focus less on victims and more on perpetrators, it actually led to more sympathy for victims," Niemi said. But the effect of language was small, she said.

"It's helpful to remember that everybody shares these values and that across political ideology, we have evidence that people endorse all these values," she said. Binding values are probably necessary for societies to function, she said, but they might sometimes motivate disregard for human rights.

"If that's the case, then it might be important to determine when and why that occurs and think about, 'Is there an intervention that might be helpful?'" she said.

There's also more work to do to figure out how people process information in relation to their moral values, Niemi said. People operating through the lens of individualizing values may be focusing on the harm caused to the victim by the perpetrator, a relatively cut-and-dried example of cause and effect. On the other hand, people thinking about binding values may see causation and responsibility as somehow more distributed across all parties, she said.

"Maybe people understand cause and effect differently, to be really basic about it," Niemi said.