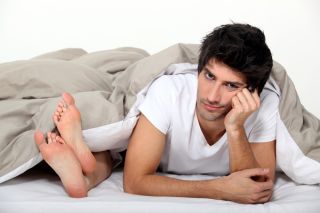 When a woman is more attractive, a man is less likely to intend to use a condom during sex with her, a new study finds.

Previous research has suggested that there is a link between perceived attractiveness and a person's willingness to have unprotected sex, the researchers, led by Anastasia Eleftheriou, a graduate student in computer science at the University of Southampton in England, wrote in the new study. Eleftheriou's research focuses on using computer simulations to study and influence attitudes towards sexual behavior.

One earlier study of women, for example, found that the more attractive they considered a man to be, the more willing they would be to have unprotected sex with that man. This was true even though the women believed that attractive men were more likely than less attractive men to have a sexually transmitted infection (STI).  [10 Things Every Woman Should Know About a Man's Brain]

The researchers also asked the men a series of questions about their sexual history, and how attractive they considered themselves to be.

Results showed that the more attractive a man considered a woman to be, the less likely it was that he would intend to use a condom during sex with her.

The researchers found that men thinking a woman had an STI had no influence on how attractive the men found that woman, the study authors wrote. Some men were more attracted to women who they judged to be STI-free, while others were more attracted to women who they believed more likely to have an STI, the study found. [Hidden STD Epidemic: 110 Million Infections in the US]

A man's perception of his own attractiveness also played a role: The more attractive a man considered himself to be, the less likely it was that he would to intend to use a condom, the study found.

The researchers noted, however, that the study included a small number of men, the majority of whom were white. A larger, more diverse group of men may result in different findings. In addition, the study focused on whether or not men intended to use a condom during sexual intercourse, but not if they actually did use a condom.

The study was published June 17 in the journal BMJ Open.