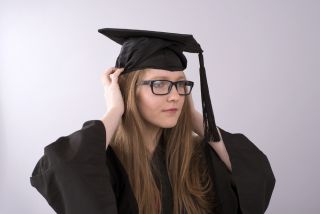 People with higher levels of education may be more likely to develop certain types of brain tumors, a new study from Sweden suggests.

Though the reasons behind the link are not clear, "one possible explanation is that highly educated people may be more aware of symptoms and seek medical care earlier," and therefore are more likely to be diagnosed, said Amal Khanolkar, a research associate at the Institute of Child Health at the University College Londonand a co-author of the study. [Top 10 Cancer-Fighting Foods]

In the study, the researchers looked at data on more than 4.3 million people in Sweden who were a part of the Swedish Total Population Register. The researchers tracked the people for 17 years, beginning in 1993, to see if they developed brain tumors during that time. They also collected information about the people's education levels, income, marital status and occupation.

During the 17-year study, 5,735 men and 7,101 women developed brain tumors, according to the findings, published today (June 20) in the Journal of Epidemiology & Community Health.

In addition to the differences between brain tumor development and education level, the researchers also found an association between brain tumor development and income. Men who had higher incomes were 14 percent more likely to develop glioma during the study period, compared with men with lower incomes, according to the study. However, the relationship between the risk of this type of brain tumor and income level was not found in women, the researchers said.

The researchers also found that women who completed at least three years of university courses were also 16 percent more likely to develop a type of mostly noncancerous brain tumor called meningioma, compared with women who did not go on to higher education.

The new findings are in line with previous research, which has also found a link between an increased risk of certain brain tumors and higher socio-economic status, the researchers said.

However, the new study only shows a link between certain types of brain tumor and certain factors; it does not show that these factors directly cause brain tumors, the researchers said. While other lifestyle factors might have also played a role, the researchers did not have access to such information, they said.

The idea that education levels and brain tumors are linked is not entirely new.

"It has been an 'urban legend' among neurosurgeons that smarter people are more likely to get brain tumors," said Dr. Raj K. Narayan, the chair of neurosurgery at North Shore University Hospital in Manhasset, New York, who was not involved in the new study. "However, I am somewhat surprised to find that this may actually be true." The mechanism behind this link is still unknown, but it might be that having more brain cells or greater brain activity somehow increases a person's risk of brain tumors, he told Live Science.