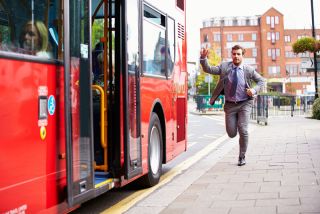 If you think you don't have time to exercise, there's good news: Short bouts of activity — as brief as a few minutes each — may still have health benefits, as long as they add up to 30 minutes a day total, recent research suggests.

Traditionally, experts have recommended that people exercise for at least 10 minutes at a time, at a moderate pace. But these recommendations are based on earlier studies that asked people to remember how much time they spent being active each day. Since people have trouble remembering very short activities, it was hard to study whether smaller amounts of exercise could improve your health, said Brad Cardinal, a kinesiology professor at Oregon State University.

But newer technologies, like the accelerometers found in most fitness trackers, allow researchers to more accurately measure people's daily activities. And that's showing that even short bursts of activity, like vacuuming or walking up the stairs, can be good for you.

"The way physical activity is being measured is a little more precise than it used to be," Cardinal told Live Science. "As we start to use this newer technology, we're starting to see the benefits of these shorter bouts of activity." [How Many Calories Am I Burning? (Infographic)]

For example, in a 2013 study, Cardinal and colleagues analyzed information from more than 6,000 U.S. adults who wore accelerometers for at least four days. Results showed that people who exercised in bouts of 10 minutes or less, but who accumulated enough activity to add up to 30 minutes a day, fared just as well in terms of health as people who exercised for longer periods. Health was measured by key markers, such as blood pressure, cholesterol levels and waist size.

"The health benefits were essentially the same" between the groups, Cardinal said.

Another study looked at the fitness levels of people who didn't engage in any traditional exercise, like jogging or going to the gym, but who wore accelerometers around their waists for a week to track their movements. None of those participants met the physical activity guidelines, which advise people to get 150 minutes of moderate physical activity per week, achieved through bouts of exercise that are at least 10 minutes.

But on average, the participants accumulated about 20 minutes of moderate exercise daily simply by doing activities like climbing stairs or doing household chores.

The more time people spent on these so-called "incidental" physical activities, and the more intense the activity was, the better the individuals' fitness levels, the study found. The researchers estimated, based on markers of the participants' fitness, that a 30-minute increase in moderate physical activity achieved through everyday activities could reduce the risk of cardiovascular disease by 15 percent.

"It's encouraging to know that if we just increase our incidental activity slightly — a little bit more work around the house, or walking down the hall to speak with a co-worker as opposed to sending an email —we can really benefit our health in the long-term," study co-author Ashlee McGuire, a physical activity researcher at Queen's University in Canada, told Live Science in a 2011 interview.

Cardinal said that people may be more likely to stick with a physical activity routine that involves short bursts of exercise. For example, six 5-minute bouts of activity throughout the day may sound less intimating to some people than a 30-minute workout done all at once, Cardinal said.

It's not clear whether short bouts of activity can help people lose weight, so more research is needed to look at that question.