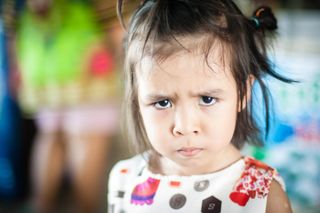 The next time your mom calls you by your brother's name (or even your dog's name), don't be offended — she's probably not doing it because she thinks you look like him, a new study finds.

When people call someone by the wrong name, they tend to call that person by the name of someone in the same social group, the researchers found. Or, they'll call someone by a name that sounds similar, according to the study. Physical appearance, however, was less influential in misnaming, the study found. [Why You Forget: 5 Strange Facts About Memory]

For the study, the researchers carried out five surveys of more than 1,700 people. They included participants who had reported either being called by the wrong name or who had misnamed someone else. In all instances, the participants in the study knew the person they were misnaming well, or were misnamed by someone they knew well.

Misnaming is "a cognitive mistake we make, which reveals something about who we consider to be in our group," David Rubin, a professor of psychology and neuroscience at Duke University and the senior author on the study, said in a statement. (So, when your mom calls you by the dog's name, it just goes to show that she really does consider Fido to be part of the family.)

Similar-sounding names were also frequently mixed-up, the researchers found. For example, a person may call Mitchell by the name Michael, because the names sound similar.

Notably, the physical appearance of a person was less of a factor in causing people to say the wrong name, the researchers found.

Nor did aging appear to influence people's tendency to misname others, the researchers found. In the study, they surveyed undergraduate students as well as older individuals, and found that misnamings occurred just as often in the undergraduate group. [Most Popular Baby Names in History]

But the researchers didn't limit the study to humans — pet names were also included in the surveys. In 42 instances, a participant reported that he or she had either been called a pet's name or called someone else by the name of a pet. In all of the cases except one, the pet's name was substituted for the name of a family member, the researchers wrote.

Of course, there may be a simpler way to explain this phenomenon.

"Dogs will respond to their names much more than cats, so those names are used more often," Samantha Deffler, a Ph.D. student at Duke and the lead author on the study, said in a statement. "Perhaps because of that, the dog's name seems to become more integrated with people's conceptions of their families," she said.