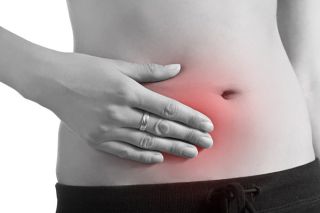 Observing that women with the most severe form of endometriosis happen to be unusually attractive, researchers in Italy speculate that the qualities that led to the women's good looks also predisposed them to the painful gynecological condition.

"Several researchers believe that a general phenotype exists which is associated with the disease," said study researcher Dr. Paolo Vercellini, an obstetrician and gynecologist at Universita degli Studi in Milan.

It may be that a more feminine body type is the result of the same physical characteristics that predispose women to develop severe endometriosis, Vercellini said.

Female attractiveness is linked with higher estrogen levels, and it's possible that the hormone "might favor the development of aggressive and infiltrating endometriotic lesions, particularly in the most feminine subjects," the researchers wrote in their study.

The study was published online Sept. 17 in the journal Fertility and Sterility.

In endometriosis, cells that normally line the uterus leave the organ and become deposited in other sites within the body, such as on the ovaries, rectum, bladder or pelvic area. These deposits respond the same way as normal uterine cells do to the hormone changes that occur over a woman's monthly cycle — they thicken, and then shrink — which can cause pain in the pelvic region, and bleeding.

Endometriosis is thought to affect 5 to 10 percent of women. The severe form, called rectovaginal endometriosis, is much less common than milder forms, Vercellini said.

Two male and two female doctors who did not know the women's diagnoses met with each woman for a few minutes, and rated her overall attractiveness on a 5-point scale.

Other researchers took measurements of the women, and calculated their body mass indexes, their waist-to-hip ratios, and their "breast-to-underbreast" ratio — a measure of breast size.

Results showed that the women with severe endometriosis had lower body mass indexes, and larger breasts, than those without the disease.

The women also completed a questionnaire about their sexual history, and the results showed that women with severe endometriosis were more likely to have had sexual intercourse before age 18. This could be a result of these women being more attractive, even during adolescence, the researchers said.

One measurement of attractiveness — waist-to-hip ratio — was not different between the groups, the researchers said.

What the findings mean

Previous studies have found that several physical characteristics — such as body size, body mass index, hair color, eye color, skin color and fat tissue distribution — may be different in women with endometriosis than in the general female population, Vercellini said.

This line of research may shed light on the hormones or genes linked with women's risk of developing the uterine condition, the researchers said.

On the other hand, it could be that the same genes that play a role in women's physical appearance also raise the risk of developing severe endometriosis.

"It is tempting to speculate" that genes that interact with hormones to produce a more feminine appearance may also predispose women to severe endometriosis, Vercellini said. However, the findings are preliminary and need to be verified in further studies, he said.

Pass it on: The most attractive women may be predisposed to developing a severe form of endometriosis, Italian researchers say.