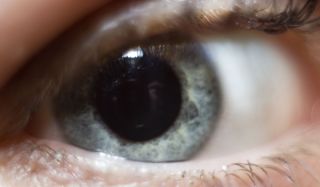 A 52-year-old man in Scotland who inhaled recreational drugs called poppers developed vision problems that have lasted for months, and the impairment may even become permanent, according to a new report of his case.

The man's vision became blurred and distorted shortly after using the drugs, and he went to a hospital in Scotland in September 2015. Although the man has since recovered his vision to some extent, it remained reduced in both eyes at his last follow-up appointment about two months ago, said Dr. Joshua Luis, one of the doctors who treated the man and co-authored the report.

For this man, the lasting problems may be minimal, he noted. "He may not be able to read as fine print as he used to, but it shouldn't have too much of an impact on day-to-day life," Luis told Live Science. [16 Oddest Medical Cases]

But there have been 30 published cases of vision problems and eye damage related to the use of poppers, the authors of the report said. Moreover, they suspect such cases may actually be more common than officially reported.

When the man came to the hospital, he told his doctors that his vision had been blurred and distorted for the past 10 days, and that the problems had started right after a night of clubbing, during which he inhaled poppers, which are chemicals that cause a person to feel euphoric and sexually aroused. Poppers are made of chemicals called alkyl nitrites.

When the doctors examined the man, they found that the inner and outer segments of his fovea — an area in the retina of the eye where visual acuity is normally the highest — had been disrupted. The doctors advised the man that he refrain from using the drugs again.

Three months after the man's initial visit to the hospital, his vision had improved slightly.

If a person is experiencing problems with his or her vision after taking poppers, the best way to prevent these problems from getting worse is to stop using the drugs, the authors of the report said.

However, this does not guarantee that the person's vision will go back to normal: though some patients do recover their vision completely, the vision of other patients does not get better with time, according to the report, published today (March 7) in the journal BMJ Case Reports.

There are no treatments for the vision problems and eye damage that the man in the report experienced after taking the drugs, although some previous reports have suggested that a patient might benefit from taking a carotenoid called lutein, the researchers said.

A vision problem is not the only health effect linked to the use of poppers. For example, the authors of a report published in 2002 in the Journal of Emergency Medicine described two cases of people who experienced temporary blood problems after inhaling the drugs.

Specifically, the people had an abnormal amount of methemoglobin — a type of hemoglobin — in their blood, which resulted in a decreased availability of oxygen to some tissues in their bodies and blue-grey discoloration of the skin. Both people recovered after receiving treatment.

The Centers for Disease Control and Prevention warns that using poppers may increase people's risk of HIV because they reduce users' inhibitions to engage in risky sexual behavior.