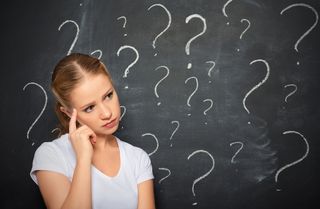 To pick up a new habit, try not to think about it too hard.

New findings suggest that deliberately planning to learn a task makes it less likely that the new activity will become automatic. The reason, said study researcher Jennifer Labrecque, a psychologist at the University of Southern California, is that habits are encoded in the brain by the procedural memory system, which doesn't involve much conscious input. Planning and deliberation are handled by the declarative memory system, which catalogues facts and events.

"When you try to engage two memory systems at once, they just interfere with each other," said Labrecque, who presented her findings in January at the annual meeting of the Society for Personality and Social Psychology in San Diego.

The results have implications for people who are trying to learn new habits, Labrecque said. While it's important to plan ahead when trying to learn a new behavior, it's best to set up your plans so that you don't have to think too hard in the moment, she said. [9 Healthy Habits You Can Do in 1 Minute (Or Less)]

In their study, Labrecque and her colleagues developed a video game that teaches people to make sushi. They found that when people were asked to watch the video again and again, so that the steps of making sushi became habitual, they learned the process better when they were not given any specific instruction to try to remember what came next.

The finding, which has yet to be published, emerged by accident. In early versions of the experiment, which was about how people learn automatic tasks, they noticed that their participants were getting hung up on a certain step of making sushi. So they thought they'd try to help them out by adding a line to the instructions telling participants to pay close attention, because they'd need to do the task later without instructions.

The researchers didn't expect any major changes in their results, but the new instructions seemed to stymie the participants: They were no longer learning the task as well. At first, the researchers were mystified by the change, Labrecque said. But then they realized that their instructional tweak might have been to blame.

"We realized that we made people thoughtful, we made them deliberative, with this one little statement," Labrecque told Live Science.

So the team experimented with this idea, telling some participants at the beginning of the task to pay close attention, and giving others no such instructions. They also manipulated whether people saw the sushi-making video 10 times, to promote habit forming, or two times, to promote more of a deliberative learning process.

They then tested the automaticity of the participants with a reaction-time test, in which they were given a step in the sushi recipe and had to identify the step that came after.

The participants who watched the sushi video only twice improved their reaction time when told to plan for doing the task on their own later. But those who watched it 10 times actually got slower when instructed to plan.

The researchers also asked participants how automatic the sushi-making process became for them. Interestingly, the planners who had showed slower reaction times said they were no less confident in their abilities than the nonplanners. This lack of self-awareness could impede people from making changes in their lives, the researchers said.

"People might fail to change their behavior in part because they have no insight that planning is inhibiting their habits to begin with," she said.

Of course, it's not possible to change a habit without a little bit of conscious effort. For example, experts recommend setting a quit date before stopping smoking and identifying and preparing to deal with triggers that might present obstacles to quitting. This kind of preplanning is a good thing, Labrecque said.

The trick is to find strategies that make it possible not to have to think too hard at the actual decision point.