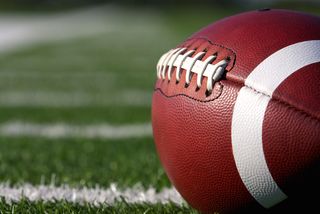 Football fans in Denver and Charlotte might want to be extra vigilant about hand washing during the Big Game this Sunday — a new study finds that cities whose teams play in the Super Bowl have an increase in deaths due to flu that year.

The researchers suspect that Super Bowl parties and other social events that bring people together for the game lead to an increase in flu transmission, particularly for those areas that have teams playing.

"You have friends over for a Super Bowl party. You all go out to a bar to watch the game. A bunch of people are cramped in a small space, and they're all touching the same napkins and grabbing the same chips," study co-author Nicholas Sanders, an assistant professor of economics at Cornell University who has studied health economics, said in a statement. "If your team wins, you're all out in the street, celebrating. It's that kind of disease transmission that we think might be a driving factor."

Although adults over age 65 might not be crazy partiers, they will be at greater risk of catching the flu from someone if flu illness increases in the city population as a whole, the researchers said.

"It needn't be a direct leap, where an older person is at a bar, watching the team," Sanders said. "It could be, that individual's relative is at a bar and then he visits his parents. Or a worker at a retirement home goes out to get a drink and celebrate her team's win, and then returns to work the next day. Those are all possible disease transmissions." [Super Bowl: 4 Tips for a Super-Healthy Game Day]

It could also be that more people from cities that have a team play in the Super Bowl will travel to the game, and bring sickness back with them when they return home, the researchers said.

However, the study did not find an increase in flu deaths in areas that host the Super Bowl. This might be because city locals actually avoid going out when their city is crowded with Super Bowl fans, the researchers speculated.

The association between the Super Bowl and an increase in flu deaths was the greatest in years when the dominant flu strain was more virulent, or when Super Bowl Sunday occurred close to the peak of flu season, Sanders said. This flu season had a relatively late start, and flu illnesses are just starting to increase across the country, according to the Centers for Disease Control and Prevention. The dominant flu strain this year is H1N1, the same strain that caused a pandemic in 2009.

The best way to prevent flu is by getting a flu shot, the CDC says. People should also wash their hands frequently and avoid sharing food and drinks, the researchers said. Those who are sick should also try to stay away from social gatherings until they stop having symptoms.

The study is published in the winter 2016 issue of the American Journal of Health Economics.