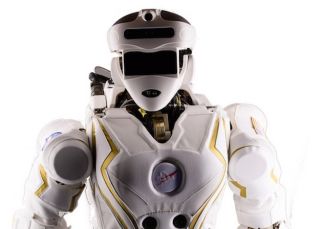 It was a good year to be a robot.

In 2015, researchers in Korea unveiled a robotic exoskeleton that users can control with their minds, a four-legged bot in China set a new world record by walking 83.28 miles (134.03 km) without stopping and 3D-printing robots in Amsterdam started work on a new steel footbridge.

But these smart machines are capable of so much more. Researchers around the world are now designing and building bots that will complete more noteworthy tasks in 2016 and beyond. From exploring other planets to fighting fires at sea, here are a few skills that bots could pick up in the new year. [Super-Intelligent Machines: 7 Robotic Futures]

Space robots already exist. Robotic arms and hands on the outside of the International Space Station (ISS) assist astronauts during spacewalks, hoist equipment and perform other duties. A humanoid robot named Robonaut 2 also helps out around the orbiting laboratory, doing simple and sometimes dangerous tasks so that human astronauts can focus on other things. And then there are the Mars rovers, Opportunity and Curiosity, which serve as rolling robotic laboratories, exploring the surface of the Red Planet, collecting samples and relaying data back to Earth.

But NASA has plans to send a different kind of robot to Mars in the not-so-distant future. The space agency's Valkyrie robot, or R5, is an updated Robonaut that was originally built to perform search and rescue operations as part of the U.S. Defense Advanced Research Projects Agency's (DARPA) Robotics Challenge. But NASA's bot did not fair very well in the competition, never qualifying for the last round, which was held in June 2015. Yet the machine's makers still think there's hope for the humanoid robot.

NASA recently asked two universities, the Massachusetts Institute of Technology (MIT) and Northeastern University in Boston, to work on further development of the R5 robot. Researchers at these institutions will receive funding and support from the space agency to create software that will make the bot more useful in space. The ultimate goal of this new Space Robotics Challenge is to develop a humanoid bot that could help humans explore Mars, NASA said.

Sure, future robots could be more useful in space, but there also a few tasks these machines could perform to make them indispensable right here on Earth. For example, they could haul garbage. Researchers in Sweden and the United States are working on the development of such trash-chucking robots.

Spearheaded by Swedish automaker Volvo, the project is known as Robot-based Autonomous Refuse handling, or ROAR, and the goal is to develop remote-controlled bots that could be deployed from a garbage truck to the curb outside your home. The bots will lift up heavy refuse bins, empty the trash into the garbage truck and then roll along to the next house to do the same, sparing sanitation workers from any heavy lifting.

Swedish waste-management company Renova is also developing a garbage truck that could accommodate the automated system needed to control the bots and, presumably, carry the helpful machines around when they're not hauling trash. The project is expected to be ready for testing by June 2016.

The middle of the ocean might be the last place you'd expect to find firefighting robots, but that's precisely where the U.S. Navy would like to send these flame-quelling machines. In February 2015, the Navy unveiled its firefighting bot, SAFFiR (short for Shipboard Autonomous Firefighting Robot), which the Navay hopes to employ in the near future aboard ships at sea.

Developed by researchers at Virginia Polytechnic Institute, the humanoid bot stands nearly 6 feet (1.8 meters) tall and is equipped with thermal-imaging technologies that enable the robot to detect heat and see through smoke. It also has a laser range-finder that allows the machine to map out the distance between itself and an object. The bot can hold a fire hose, too, which means it can not only detect fires or potential sources of fires, but also put out flames should the need arise.

The bot isn't meant to replace human firefighters, but could assist them, said the researchers who developed the machine. Before the bot sees any real action, the researchers must improve its intelligence, communications capabilities, speed, computing power and battery life, they said. Considering that it took four years to get the bot ready for its first public demonstration, chances are slim that SAFFiR will be deployed in 2016. But keep an eye out for this firefighting robot in the years to come.

Lots of bots can run; there are even superfast cheetah bots and trotting, doglike bots. But getting a two-legged, humanoid robot to move at a jog is something that researchers have struggled to do, until fairly recently. And getting a bipedal robot to run outside of a lab, over rough terrain, has proven to be an even more difficult challenge. [Robots on the Run! 5 Bots That Can Really Move]

But in August 2015, robotics company Boston Dynamics released a YouTube video showing its humanoid robot, Atlas, jogging through the woods. The robot even climbed down a steep embankment and stepped over a log. This video terrified a lot of people, but it also raised hopes about the utility of bipedal bots, which gained a reputation for being slow and clumsy after the DARPA Robotics Challenge (DRC) final last June (all of the bots fell down while on the competition course, and by the end of contest, the lot of them were in various states of repair). Atlas was one of several bots to compete in the DARPA competition.

Atlas still has a way to go before it will be ready to run through the forest at a full sprint, and before it accomplishes that goal, it will have to overcome another obstacle — its tether. The bot's movements are currently powered by a hydraulic system that is in turn powered by an electric cord that plugs into the robot's back. Before Atlas can really take off, Boston Dynamics scientists need to figure out a better way to power the bot, whose onboard lithium-ion battery pack currently lasts for only about an hour even when the bot isn't moving at full tilt. It's a design challenge the company said it will likely be working on in the new year.