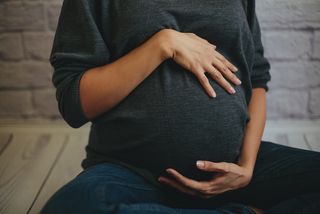 Blocking a molecule in the uterus could delay or even halt premature birth, the leading cause of death and disability of newborns worldwide, according to a new study in rodents.

Premature birth can lead to major problems because many organs, including the brain, lungs, and liver, need the final weeks of pregnancy to fully develop. [7 Ways Pregnant Women Affect Babies]

"There is a huge burden — financial, emotional, psychological, developmental — that premature infants and families must bear," Cornfield said. "The societal costs are similarly huge."

During pregnancy, the womb shelters a growing fetus. When a woman goes into labor, the uterus experiences powerful contractions to push out the baby. It remains poorly understood as to what makes the womb begin the labor process. As such, there is currently no effective treatment for premature labor.

Previous research suggested that calcium levels of muscle cells within the walls of the uterus help control womb contractions. As a result, Cornfield and his colleagues focused on a molecule found in the mouse uterus known as TRPV4, which helps control the flow of calcium into cells.

The scientists found that uterine tissue from pregnant women possessed higher levels of TRPV4 than non-pregnant women. Similarly, as pregnancy advanced in mice and rats, TRPV4 became increasingly abundant in the uterine wall muscle cells of these rodents.

Previous research discovered molecules that could activate TRPV4 so that it would permit calcium to flow into cells. In experiments, these compounds increased uterine contractions in mice, the researchers found.

Prior studies also identified molecules that could block TRPV4, preventing it from allowing calcium to enter cells. In experiments where mice were given drugs known to set off premature labor, these inhibitor compounds significantly prolonged pregnancy and prevented premature labor.

"This advance can to be used to develop treatments to stop preterm labor, and perhaps to increase the efficacy of uterine contractions so as to decrease the need for cesarean sections," Cornfield told Live Science.

Future research will need to investigate if this approach can safely work on humans, Cornfield said. He and his colleagues detailed their findings online today (Dec. 23) in the journal Science Translational Medicine.