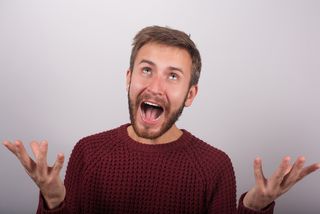 Forrest Gump once said, "Stupid is as stupid does." Turns out, he was right.

New research finds that people judge actions as stupid for three primary reasons: The actions reflect a foolhardy level of risk, an absent-mindedness and lack of practicality, or an impulsive lack of control.

And though stupid is a bit of a catchall term, the researchers found that people are very quick to identify it.

"People don't spend time on judging if something is stupid or not," study researcher Balazs Aczel told Live Science. "It comes instantaneously, and as our results showed, they have high agreement. If one person calls something stupid, there's a high likelihood others will do the same thing."

Ways to be stupid

At first glance, it might seem odd to investigate how people decide that something is "stupid." Stupidity is, after all, an intuitive concept. But researchers who study decision-making had no information, beyond anecdotes, as to how people decide whether an action is stupid. [Understanding the 10 Most Destructive Human Behaviors]

The team collected news stories and anecdotes online that someone had described as "stupid." One example was a news story about a robber who set out to steal cellphones, but lifted GPS devices instead — and failed to switch the devices off, allowing the police to discover them (and him) immediately.

The researchers also asked students to gather examples of stupidity in day-to-day life. Next, they asked 154 different students to read the stories of stupidity they'd gathered and asked them whether each qualified as "stupid." The students (who were all Hungarian) then chose possible reasons from a long list as to why they'd decided each example was stupid.

The reasons fell into three categories. The first, dubbed "confident ignorance," is when someone tackles something high-risk without the proper skills. The cellphone/GPS caper was an example of this kind of stupidity. The next category was "absent-mindedness," which applied to situations where people knew the right thing to do, but weren't paying close attention. One example would be walking out of the store without paying for your groceries, Aczel said. The third kind of stupidity was typified by lack of control, and occurred when people knew they shouldn't do something but couldn't fight their impulse to do it anyway. Reaching for a third slice of cake when you know you'll get a stomachache later is an example of this kind of stupidity, Aczel said.

Stupidity is an interesting concept because it doesn't always track with intelligence, Aczel said. Very high-IQ people can make extremely bone-headed moves. The new research reveals that judging a behavior "stupid" reveals the observer's expectations of how someone should behave, he said. But the person doing the stupid thing might be operating according to a different set of expectations or goals.

On a practical level, understanding why people call something stupid might provide better ways to call out dumb behavior, Aczel said. It might be more helpful to tell someone they're being overconfident than that they're being stupid, for example.

The researchers now plan to concentrate on the cognitive mechanisms people use to monitor others' behaviors. One mystery, Aczel said, is why people find stupidity so amusing, a fact that drives any number of Hollywood comedies and even widespread kudos (think the Darwin Awards).

"People want to watch other people doing something stupid as a source of amusement," he said.