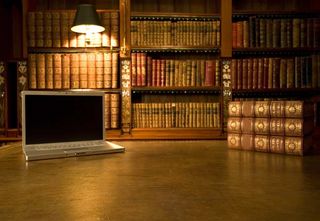 Print scientific journals are becoming less relevant in the Internet Age. Arxiv, a Web site where physicists post their research papers before they are published in print, has grown to contain more than 430,000 articles as of July 2007.
(Image: © Stock.Xchng)

Once again, bookworms in the Midwest and Pacific Northwest have beaten out Yankee types to reach the very top of a researcher’s list of the most literate American cities.

Minneapolis and Seattle tied for the top ranking this year, based on local newspaper and magazine circulation, library data, online news readership, book purchases and resources, and educational attainment.

Here is the full Top 10 Most Literate list for 2008 (OK, there are 11 cities on the list) generated by Jack Miller, president of Central Connecticut State University:

Miller's research for this year's "America's Most Literate Cities" was conducted in collaboration with the Center for Public Policy and Social Research at Central Connecticut State University. The original AMLC study was published online in 2003 at the University of Wisconsin-Whitewater. The data for the 2008 analysis came from the U.S. Census Bureau, American Booksellers Association, Audit Bureau of Circulations, Yellow Pages and other sources.

The AMLC study attempts to capture the literacy of major U.S. cities with populations of 250,000 and above, presenting a large-scale portrait of the nation’s cultural vitality.

"From this data we can better perceive the extent and quality of the long-term literacy essential to individual economic success, civic participation, and the quality of life in a community and a nation," Miller said.

Contrary to popular wisdom, Internet use correlates with reading words printed on paper, Miller found. Cities ranked highly for having better-used libraries also have more booksellers; cities with more booksellers also have a higher proportion of people buying books online; and cities with newspapers with high per capita circulation rates also have a high proportion of people reading newspapers online.

"A literate society tends to practice many forms of literacy not just one or another," Miller said.

However, when the literacy lens is opened to look at the picture worldwide, in terms of per-capita paid newspaper circulation, the United States ranks No. 31 in the world.

The Republic of Korea, Singapore, Venezuela, Finland, Greece, the United Kingdom, Sweden and Norway, among others, all significantly surpass U.S. circulation rates — often at a substantially higher cost to consumers, Miller said.