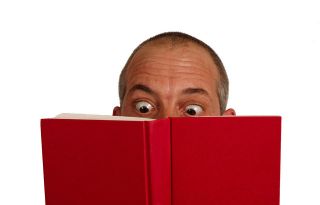 Photo taken by Chris Johnson. (cjcj) There are no usage restrictions for this photo

Residents of Minneapolis and Seattle are the most bookish and well-read, according to results from a new survey released today of the most literate American cities.

Overall, the top 10 most literate (and wired) cities included:

Minneapolis, Seattle, Pittsburgh, Denver and Washington, D.C., have made the top 10 every year since 2003, when the survey first launched.

Some cities that didn't make it to the overall top 10, however, did strut their stuff in one of the six key literacy indicators. For instance, while Newark, N.J., was the 49th most literate city overall, it shared the top spot for newspaper circulation with Washington, D.C.

Plano, Texas, ranking 51st on the overall most-literate-city list, came in second for educational attainment. The education ranking included two factors: the percentage of the city's adult population with a high school diploma or higher and those with a bachelor's degree or higher.

Cleveland, Ohio, scored the highest for library resources, with St. Louis coming in second. The library category was a measure of five variables, such as the number of library professional staff and total branch libraries relative to library patrons.

Atlanta and Boston took the lead spots in the Internet resources category.

The District of Columbia and St. Louis reported the most large magazine publishers and large journals. New York City, which ranked 28th on the overall list, came in third in the periodical publishing category.