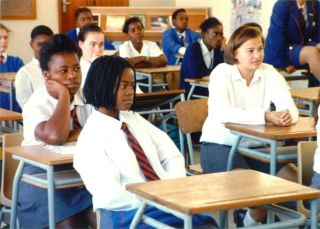 Most Students Bored at School

School can be a real yawn. Two out of three high-school students in a large survey say they are bored in class every single day.

It might not seem startling to learn that kids don't like school or that they are bored sans computer games, text-message time and freedom to roam the Internet. But the underlying reasons for the boredom are significant and troubling, according to a report released today.

About 30 percent of the students indicate they are bored due to lack of interaction with teachers and 75 percent report material being taught is not interesting.

"So, in a high school class, one out of three students is sitting there and not interacting with a teacher on a daily basis and maybe never," said project director Ethan Yazzie-Mintz.

The annual survey, Indiana University's High School Survey of Student Engagement (HSSSE), reached more than 81,000 students in 110 high schools across 26 states, predominantly in the Midwest. The results cannot be generalized to all U.S. students, but schools represented a wide swath of socio-economic levels, race and size in terms of number of students that comes close to matching the features of all U.S. high school students.

"I would stop short of saying it's a national sample, because it's not a targeted sample. It included just schools that chose to participate," Yazzie-Mintz said. "Schools across the country could take lessons from it and learn from this."

Fewer than 2 percent of students said they are never bored in high school.

The same reasons for boredom could explain high drop-out rates. In the survey, about 20 percent of students said they had considered dropping out of school, giving some of the following reasons: ?

"I think schools definitely need to pay a lot more attention to what students are thinking and the reasons why they're dropping out," Yazzie-Mintz said.

Students want more interactive classes and prefer activities that involve interaction with teachers and peers. More than 80 percent rated classroom discussion and debate at least "a little" and sometimes "very" exciting and engaging, and more than 70 percent felt this way about group projects. Just 52 percent said teacher lectures are ?engaging at all.

Students want less homework. More than 40 percent of students spend no more than one hour weekly on homework. And more than half took one hour or less each week to read or study.

Nonetheless, 75 percent of the students surveyed expect to attend college.

In a couple of high schools, students are evaluating the individual reports of the survey sent to each school. The report is relevant to students, and it lets peers work together on an academic project, Yazzie-Mintz said.

The activity also answers one of students' biggest complaints: A question at the end of the survey asked students if they had anything else to add.

"We got a number of answers that said: 'These surveys are pointless because even if there's a problem you guys are going to do nothing about it,'" Yazzie-Mintz told LiveScience.

"Students are feeling like they're not taken seriously enough and their concerns aren't focused on," he said, "and no action comes out of what they do and say."