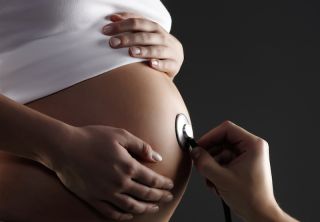 What's more, among all pregnant women who reported drinking alcohol, about a third reported binge drinking, meaning they consumed at least four alcoholic beverages on one occasion, the study found.

Drinking alcohol during pregnancy is a health concern because it can cause birth defects and developmental disabilities in babies, and increase the risk of complications such as miscarriage, stillbirth and premature birth, the CDC said.

"Women who are pregnant or might be pregnant should be aware that there is no known safe level of alcohol that can be consumed at any time during pregnancy," said study co-author Cheryl Tan, an epidemiologist at the CDC's National Center on Birth Defects and Developmental Disabilities. "All types of alcohol should be avoided, including red or white wine, beer and liquor," Tan said. [Blossoming Body: 8 Odd Changes That Happen During Pregnancy]

The researchers based the report on a survey conducted between 2011 and 2013 of about 8,300 pregnant U.S. women ages 18 to 44. The women were asked about their alcohol consumption in the prior month.

Of all the pregnant women in the study, 3 percent reported binge drinking.

Of the women in the study who were not pregnant, about half reported drinking alcohol in the past month, and 18 percent reported binge drinking.

It's possible that women who binge drink during pregnancy are more likely to be dependent on alcohol than the average female drinker, the researchers said in their report.

To reduce excessive alcohol consumption among the entire population, communities can limit the number of places where alcohol is sold in a given area, and increase alcohol taxes. Doctors can also ask their patients a few questions about how much alcohol they drink, and identify people who may be drinking too much and provide counseling when necessary.