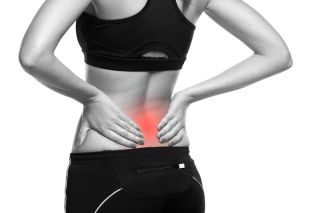 A condition that causes a person's ears to ring nonstop and a condition characterized by pain that won't go away may seem worlds apart on the surface, but they may not be so different after all, the authors of a new review said.

In the review, the authors proposed that tinnitus, or ringing in the ears, and chronic pain are the result of similar changes in two regions of the brain.

These regions — the nucleus accumbens and the ventromedial prefrontal cortex — are both in the front of the brain, and may act as "gatekeepers" for sensory stimuli such as noise and pain, the researchers said. [Human Brain: Facts, Anatomy & Mapping Project]

"It's a very clever system," said Josef Rauschecker, a professor of physiology and biophysics at Georgetown University and lead author of the review, published today (Sept. 23) in the journal Trends in Cognitive Sciences.

Several systems in the brain help people cope with the flood of information that comes in every second, Rauschecker told Live Science. These systems filter out the signals that are not important, while letting other signals through.

Rauschecker likened it to living by a train track: A train that came by every hour would drive you crazy, but your brain comes to realize that the noise is not dangerous, so after a while, you don't even pay attention, he said.

But in people with tinnitus or chronic pain, there's something wrong with this "gatekeeping" system, Rauschecker said. That means that instead of your brain ignoring the signals, that information is able to get through.

"If you step back, you can see the similarity" between the two conditions, Rauschecker said. In both tinnitus and chronic pain, the body sends signals to the brain that really don't mean anything, he said. But these signals are not filtered out, as they normally would be, he said.

Looking inside the brain

The review draws on a number of imaging studies.

For example, structural MRI studies (which look at gray and white matter in the brain) have shown that, in patients with chronic pain and those with tinnitus, the ventromedial prefrontal cortex is smaller, the authors wrote. Specifically, studies showed that there was less gray matter in this region, the review said.

And functional MRI studies (which show activity levels in the brain) have shown that another region of the brain, the nucleus accumbens, has increased activity in people with tinnitus and those with chronic pain, the authors said.

Therefore, these regions may make up a proposed central gatekeeping system, responsible for evaluating the relevance of sensory signals and controlling the flow of information onward, the authors suggested in the review.

What both acute and chronic forms of the conditions have in common is that they both involve some type of physical damage, Rauschecker said. But the chronic forms only develop if the person has these brain changes described in the new review, he said.

"It's an interesting idea based on solid facts," Rauschecker said. And it opens up the possibility for new treatments and prevention tools, he said.

Previous research has shown that other disorders, such as depression and insomnia, are also associated with these regions of the brain, Rauschecker said.

In fact, many "negative affective states," such as depression, anxiety and chronic pain, have similar circuitry in the brain, said Vania Apkarian, a professor of physiology at Northwestern University Feinberg School of Medicine, who was not involved in the review. But there are subtle differences among all of them, he said.

One way to think of this is to consider addiction, Apkarian told Live Science. A person who is addicted to alcohol is not necessarily addicted to cocaine or sex, he said. While all of the addictions involve similar areas of the brain, the specific details differ, he said.

This means that treating one condition would not necessarily also treat another, he noted.

Editor's note: This story was updated on Sept. 28 to clarify a few points — that changes in the gatekeeping system are thought to cause these conditions after physical damage occurs, and that it is not all pain signals that are filtered out as unimportant.