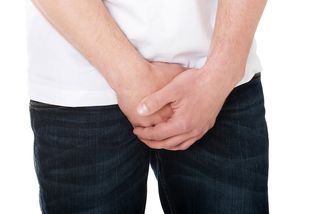 A man in the United Kingdom recently made headlines when he had surgery to get a so-called "bionic penis." But experts say the man actually received a penile implant — a relatively common device typically used to treat men with erectile dysfunction.

The man, a 43-year-old from Edinburgh named Mohammed Abad, was hit by a car when he was 6 years old, and lost his penis and one testicle as a result of the accident, according to the Daily Mail. Over the last three years, Abad has undergone a number of operations to place a replacement penis on his body, which can become erect with a push of a button.

The device consists of two tubes that are connected to a "reservoir" of fluid, as well as a pump. When a man with this device presses the button, the pump pushes the fluid (in this case, water) from the reservoir into the tubes, inflating them and giving the appearance of an erection. In Abad's case, the tubes were covered with a graft of skin taken from the arm, the Daily Mail said.

Although Abad's device has been dubbed "bionic," Dr. Elizabeth Kavaler, a urologist at Lenox Hill Hospital in New York City, said, "It's not a 'bionic penis'; it's a penile implant. We do this all the time."

Indeed, a 2015 study of more than 1.7 million men with erectile dysfunction who used Medicare between 2001 and 2010 found that about 53,000 of them had undergone surgery for a penile implant.

Penile implants are used for men with erectile dysfunction, which can include men who have had surgery to remove their prostate after prostate cancer, and men who have experienced trauma to their pelvis and penis, Kavaler said.

The implants can restore penile function to some degree, Kavaler said. However, "It's a completely mechanical process," and does not respond to sexual stimulation, she said. [7 Surprising Reasons for Erectile Dysfunction]

The implant does not help men reach orgasm or ejaculate, and cannot change a man's ability to feel sexual sensations if this has been lost, Kavaler said. The device only helps with erections, which can allow for penetration during sex, she said.

Abad said his "ultimate goal" is to have kids, "which would be a miracle itself," The Sun reported.

However, Kavaler said that, because the device doesn't help with ejaculation, it can't help men who are not able to ejaculate to get a woman pregnant. And even men who can ejaculate may not have enough viable sperm to cause pregnancy during intercourse.

But if a man has even a few viable sperm, he may be able to have children through in vitro fertilization, Kavaler said.