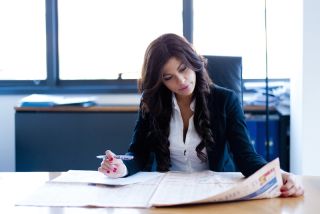 Sitting for a long time is linked with a variety of diseases, including an increased risk of Type 2 diabetes and cardiovascular disease. Now, a new study finds that sitting may be particularly harmful for women by raising their risk of developing several cancers.

Women in the study who sat more than 6 hours a day were at a higher risk of developing breast cancer, ovarian cancer and the blood cancer multiple myeloma compared with women who sat less than 3 hours a day.

In addition to raising women's risk of these specific cancers, the study also showed that "Longer leisure time spent sitting was associated with a higher risk of total cancer risk in women," the researchers wrote in their study. Women who sat for more than 6 hours a day had a 10 percent increase in their risk of developing any cancer, according to the findings published June 30 in the journal Cancer Epidemiology, Biomarkers & Prevention.

The researchers looked at about 70,000 men and 77,000 women who participated in a long-running study called the American Cancer Society Cancer Prevention Study II Nutrition Survey cohort. Over 17 years, from 1992 to 2009, more than 12,000 women and 18,000 men in the study were diagnosed with cancer. The researchers controlled for multiple factors including BMI and physical activity levels. [Don't Sit Tight: 6 Ways to Make a Deadly Activity Healthier]

Most men did not appear to be at an increased risk for cancer from too much sitting. Among men who were obese, however, sitting for long periods of time was associated with an 11 percent increased risk of developing cancer, according to the study, which was led byAlpa Patel, an epidemiologist at the American Cancer Society.

The researchers said additional study was needed to confirm the findings, but the study was just the latest in a large group of findings that have highlighted how too much sitting may have long-lasting health consequences.

In a 2010 study that Patel also led, researchers found that sitting for long periods was associated with a host of health conditions including cardiovascular disease and Type 2 diabetes. Those findings suggested that sitting and being less active might affect how metabolic chemicals in the body regulate numerous systems in the body, according to the researchers.

That study also found that women who sat for 6 or more hours daily were 37 percent more likely to die over a 13-year period compared with those who sat for 3 hours or less daily. For men, the risk of dying increased 17 percent over the same period for those who sat at least 6 hours a day.

"Several factors could explain the positive association between time spent sitting and higher all-cause death rates," Patel said in a statement. "Prolonged time spent sitting, independent of physical activity, has been shown to have important metabolic consequences, and may influence things like triglycerides, high-density lipoprotein, cholesterol, fasting plasma glucose, resting blood pressure and leptin, which are biomarkers of obesity and cardiovascular and other chronic diseases."

Earlier this year, a study published in the journal Annals of Internal Medicine found that people who sit for long periods were 24 percent more likely to die during the course of the study, including those who were more active after long periods of sitting.

"More than one-half of an average person's day is spent being sedentary — sitting, watching television or working at a computer," Dr. David Alter, that study's senior author and a scientist at the University Health Network (UHN) in Toronto, said in a statement about the findings. "Our study finds that despite the health-enhancing benefits of physical activity, this alone may not be enough to reduce the risk for disease.”

The American Cancer Society recommends that people who work at a desk get up to meet with co-workers instead of emailing, take the stairs when exiting or entering the office and stretch periodically.