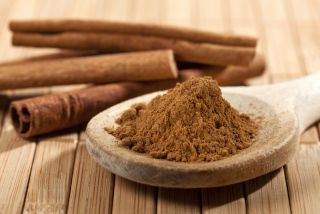 Taking cinnamon supplements could potentially be dangerous, especially for the millions of people who take statin drugs to lower their cholesterol, a new case report suggests.

In the report, a 73-year-old woman developed the liver condition hepatitis just one week after she added cinnamon supplements to her high-dose statin medication.

It is probable that the herbal remedy combined with the high dose of statins to induce a drug-supplement interaction that caused the woman's hepatitis, the patient's doctors wrote in the report. Hepatitis is a condition in which the liver is inflamed.

Liver damage is a possible side effect of taking statins, and it appears that coumarin, a substance found in cinnamon supplements, can also harm the liver, the researchers said.

This is the first report of a person experiencing a toxic effect from cinnamon supplements and statins, and it led the authors to conclude that "a combination of cinnamon supplement and statin can cause hepatitis, and it should be discouraged." [9 Healthy Habits You Can Do in 1 Minute (Or Less)]

In the case, which appeared in the April issue of the American Journal of Case Reports,

The woman went to the emergency room of a Michigan hospital in August 2013 because she experienced stomach pain, nausea and vomiting. Her symptoms began one week after she decided to take cinnamon supplements to treat her diabetes. (The report did not say how much cinnamon the woman had been taking.)

Eight months earlier, the woman had surgery to place two stents in her heart, and she had been taking a daily 40-milligram dose of rosuvastatin (Crestor) to treat her heart problems. Her medical history also revealed that she had high blood pressure, diabetes, elevated blood fats, acid reflux and back pain, and she was on a variety of different medications to treat these health conditions.

Her doctors ran a series of tests and found that her liver enzymes were significantly elevated (greater than 15 times the upper normal limits). After ruling out other potential causes for her high levels of liver enzymes, such as a viral infection and toxins, they diagnosed her with acute hepatitis and also determined that the cinnamon supplements were likely to blame.

"There were no other medications the patient was taking that could cause the extent of liver damage, except the cinnamon supplements," the authors, led by Dr. Daniel Brancheau of Providence Hospital and Medical Center in Southfield, Michigan, wrote in the report.

They considered her high-dose statin regimen as a possible lone culprit, but said that other research has suggested that liver toxicity tends to occur in the early months of statin therapy, not eight months into it.

Although the authors wrote that the exact mechanism of how cinnamon might have toxic effects on the liver are not known, several studies have previously reported that coumarin, a natural compound found in cinnamon, has been linked with acute liver damage in some people.

Once the woman stopped taking the cinnamon supplements and the statins, her stomach pain and other symptoms quickly resolved and her liver enzyme levels fell. She later resumed taking the statin without any side effects.

This case is important because it will alert health care providers to keep an eye out for cinnamon as a potential cause of hepatitis in patients, said Olivia Phung, an assistant professor of pharmacy practice at Western University of Health Sciences in Pomona, California, who was not involved in the case but has co-authored a review study of cinnamon supplements.

While it's difficult to prove the exact cause of the woman's condition, knowing that cinnamon is a possible risk may help health professionals remember to ask about its use when patients come to them with liver problems, Phung said.

"However, there is not enough information to know if these effects are sustained long-term or translate into long-term benefits," Phung added.