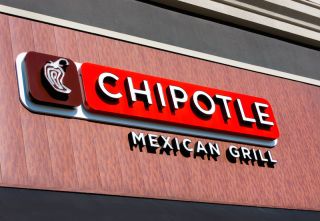 Chipotle's decision to prepare only food that does not contain genetically modified ingredients is adding fuel to an ongoing debate about the health and safety of these foods.

The Mexican-style restaurant chain cited three reasons for removing GMO foods from its menu, saying on its website that scientists are still studying the long-term implications of GMOs, that the foods can damage the environment and that "Chipotle should be a place where people can eat food made with non-GMO ingredients."

But experts say the foods that contain GMOs that are currently grown in the United States are no riskier than conventionally grown foods.

The "growing international consensus" among scientific organizations is that foods made from currently approved genetically modified crops are safe to eat, said Gregory Jaffe, director of biotechnology at the Center for Science in the Public Interest, a consumer advocacy group based in Washington, D.C.

"This is not an ultrahazardous technology," Jaffe told Live Science. Although every new food product must be evaluated on a case-by-case basis, "all current applications are safe," he said.

Genetically modifying an organism involves inserting genes from one species into the DNA of another, in order to produce desirable traits, such as being resistant to pests.

And foods containing GMOs are tough to avoid because GM crops are found in processed foods such as high-fructose corn syrup, canola oil and soybean oil, he said.

Chipotle previously used genetically modified corn and soy as ingredients in its tortillas and cooking oil. Now, the company says it has replaced these with non-GM ingredients, such as rice bran oil and sunflower oil.

But people may not know that plant-based oils don't contain any DNA or protein, Jaffe noted. That means that GM soybean oil and non-GMsoybean oil are "biologically and chemically identical," he said.

At any rate, Chipotle's menu will not be completely GMO-free. According to its website, the company will still sell soft drinks that contain sweeteners made from genetically modified corn, and meat and dairy from animals that may be fed GM grains.

"It's obvious they're trying to market themselves to a certain demographic who they think this action will be important to," Jaffe said. "If they had really cared about eliminating GMOs in their stores, they should have gotten rid of the soda."

Still, consumers have argued that products containing GM ingredients should be labeled as such, and Ben Embarek said he favors giving people such information.

"Consumers are the ones who are buying the products … Therefore, they should have all the information in front of them," Ben Embarek told Live Science.

In 2013, Chipotle became the first restaurant chain to label items that contained GMOs.

But critics say that requiring all foods that contain GMOs to be labeled would only inflame public fears about these products.

And in any case, Jaffe said, discussions about Chipotle's decision not to use GM ingredients seem to overlook other aspects of the nutrition of the chain's meals, most of which have more than 1,000 calories and most of the daily allowance of sodium, as the New York Times previously reported.

"If they really wanted to improve people's health, they should worry a lot more about the salt and fat in their burritos than a little bit of soybean oil and a little cornmeal," Jaffe said.