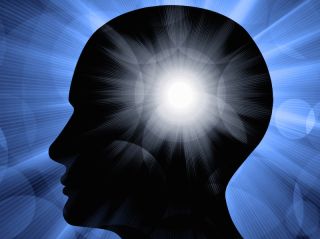 An Indiana woman's brain tumor turned out to contain hair, bone and teeth, and has been dubbed her "embryonic twin" — but experts say that such tumors are not actually twins, nor are they embryos.

The 26-year-old patient, Yamini Karanam, underwent brain surgery in Los Angeles after she started having problems understanding conversations and things she read, according to NBC Southern California. Doctors discovered she had a teratoma, a type of tumor that can contain all three of the major cell types that are found in an early stage human embryo.

Although these tumors can originate during embryonic development, they aren't embryos, and they are not a person's "twin." They arise from germ cells, which are the cells that go on to later develop into a person's gametes (such as sperm and eggs). At early states, germ cells have the ability to turn into any cell in the body.

The type of tumor that Karanam had occurs "when a person's own germ cell multiplies abnormally and differentiates into various different, normal tissues, in an abnormal place," said Dr. Cathy Burnweit, chief of pediatric surgery at Nicklaus Children's Hospital in Miami. "It has many of the components that a normal body would have, but it is in no way a twin," Burnweit said. Rather, identical twins occur when a fertilized egg divides in two, she said. [16 Oddest Medical Cases]

Because teratomas can have all three of the cell types found in the developing embryo, they can contain a variety of tissues, including cartilage, bone and hair, said Dr. Amir Dehdashti, director of cerebrovascular neurosurgery research at North Shore University Hospital in Manhasset, New York.

Teratomas can even contain lung or muscle tissue, or tissue of the gastrointestinal tract, said Dr. Adrienne Bonham, an associate professor of obstetrics and gynecology at the University of Rochester Medical Center.

Burnweit estimates that she treats at least one person with an ovarian teratoma per month.

In contrast, teratomas in the brain are relatively rare. Among brain tumors, just 0.5 to 3 percent are germ cell tumors, and of these, about 20 percent are teratomas, Dehdashti said.

Still, "this is not something totally unknown to neurosurgeons," said Dehdashti, adding that he has seen about three or four teratoma cases in his career.

Teratomas are usually benign, meaning that they don't spread to other parts of the body. Once treated, survival rates are very high, Dehdashti, said.