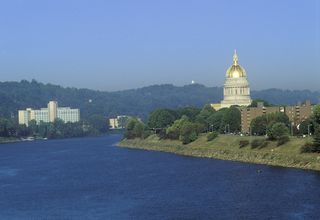 Everyone needs to unwind, but we don't all do it in the same way. Among the 50 states, it is people in West Virginia who most commonly report taking mood-altering drugs to help them relax, whereas Alaskans are the least likely to say the same, a new poll finds.

The survey also found that people who said they use drugs to relax daily also said they had a lower sense of well-being than people who rarely or never do, the survey found. [Full List: US States ranked by use of mood-altering drugs]

"It's no coincidence that drug use was inversely proportionate to the [state] well-being score," said Dan Witters, who led the Gallup-Healthways Well-Being Index research. The results of an earlier poll, announced in February, showed that people in West Virginia reported the lowest levels of well-being in the country, while Alaskans reported the highest.

Factors in peoples' lives that cause feelings of low well-being also "are things that increase the chances of drug use," Witters said. For example, low well-being is linked to higher rates of depression, obesity, poor self-esteem and stress. It's unclear whether a poor sense of well-being is a trigger that leads people to take drugs to relax, or whether, vice versa, taking the drugs can cause people to generally feel worse, he added.

For the drug-use poll, researchers interviewed at least 450 residents ages 18 or older in each state and the District of Columbia (about 177,000 people total) between January and December 2014. They asked the question, "How often do you use drugs or medications, including prescription drugs, which affect your mood or help you relax?"  The drugs could include prescription or recreational drugs, alcohol or nicotine, but most people probably didn't include drinking or smoking, Witters told Live Science.

After West Virginia, Rhode Island reported the second-highest rate of drug use for relaxation. Six of the top 10 drug-use states were in the South. More than 1 in 5 residents of Kentucky, Alabama, Louisiana, South Carolina, Mississippi and Missouri said they use drugs to relax nearly every day.

The states with the lowest rates of reported drug use after Alaska were Wyoming and California. Other states with low rates of use were Illinois, North Dakota, New Jersey, Colorado, Texas and Utah, where about 1 in 6 residents said they used drugs to relax almost daily.

These states also had the highest well-being scores in the poll, Witters said.