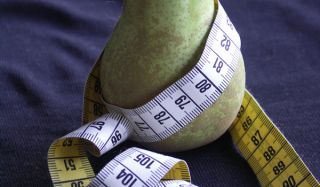 To treat people who are obese, doctors need to move beyond simply telling their patients to eat less and exercise more, some researchers argue.

Instead, doctors should focus on the biological mechanisms that make it hard for obese people to lose weight, these researchers say.

When people diet, the body thinks that it's starving, so several biological mechanisms kick in to encourage people to eat more so that they gain the weight back, said Christopher Ochner, an assistant professor of pediatrics and psychiatry at the Icahn School of Medicine at Mount Sinai in New York. For example, the body slows down the rate at which it burns calories in order to conserve fat, and there are changes in brain signaling that make people more attracted to high-calorie foods, Ochner said.

These mechanisms originally evolved to help humans survive when food was scarce, but "the problem is that those same mechanisms kick in if somebody is 400 lbs. and trying to lose 40 lbs.," Ochner said.

This reasoning explains why about 80 to 95 percent of obese people who lose weight eventually regain it, Ochner said. "In people who have been obese for many years, he noted, "body weight seems to become biologically 'stamped in' and defended." [13 Kitchen Changes That Can Help You Lose Weight]

Doctors should be aware that giving advice about diet and exercise is likely not going to be enough for many obese patients to lose a significant amount of weight, Ochner said. Instead, more attention should be paid to biological treatments for obesity, such as drugs and surgery, Ochner said.

However, current biological treatments for obesity are expensive, and data on the long-term effectiveness of newer drug treatments is lacking, Ochner said. Weight-loss surgery (or bariatric surgery) — an operation on the stomach and intestine — is so far the only treatment for obesity that has been shown to be effective over the long term.

"We don't have enough treatments to address our underlying biology [of obesity]," Ochner said. "We would like to see other, safer, more widely available treatments."

In the meantime, doctors should more often consider prescribing obesity medication or recommending surgery, in conjunction with encouraging patients to change their lifestyles.

"We recommend the use of lifestyle modification to treat individuals with sustained obesity, but it should be only one component of a multimodal treatment strategy," Ochner and colleagues wrote in the Feb. 11 issue of the journal The Lancet Diabetes & Endocrinology. Doctors should take into account the benefits and risks of biological treatments, and weigh them against the risks of a patient's obesity-related disorders, the researchers said.

Dr. Pieter Cohen, an assistant professor of medicine at Harvard Medical School who was not involved in writing the new paper, agreed that it's important for people to understand the biology that makes weight loss so difficult for some people. "For most of human history, it was just illness or lack of food that would lead you to lose weight," so the human body has "sophisticated biological mechanisms that maintain our weight," Cohen said.

However, Cohen said he does not prescribe weight-loss drugs to his patients, because there is not enough data on their safety and long-term effectiveness.

"We have no long-term data that people will be healthier if they use the current drugs on the market," Cohen said.

Cohen also disagreed with the new paper's viewpoint that obesity is a disease that always needs to be treated. Obesity is a risk factor for future health problems, but not a disease in and of itself, Cohen said. "It should be treated depending on [people's] risk of future problems from it," Cohen said.

Moreover, healthy lifestyle changes can be beneficial even if they don't lead to weight loss, Cohen noted. For example, if an obese person starts to exercise regularly and eats the same amount, he or she may not lose weight, but "they're going to be healthier," Cohen said.

The experts agreed that doctors should focus on preventing obesity in the first place, because lifestyle modifications are more effective in people who are overweight but not yet obese, Ochner said. It's when someone has been obese for a sustained period of time that more drastic measures may be needed for them to lose weight, he said.