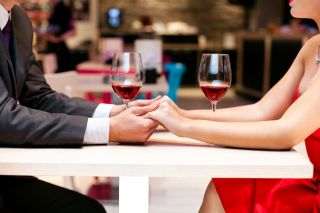 Are you a Don Draper or a Mr. Darcy? It turns out, people may naturally fall into two distinct groups: those who want a long-term love, and those seeking more casual encounters, a new study suggests.

Both men and women sorted into these two groups, though slightly more men tended to seek short-term encounters, the researchers found.

The findings could partly explain why there's such a wide variation in sexual behaviors seen across cultures, said Rafael Wlodarski, an experimental psychologist at the University of Oxford in England. [Busted! 6 Gender Myths in the Bedroom and Beyond]

Human beings have much more varied mating strategies than other animals. Some people mate for life, while others seem to have an endless parade of interchangeable partners. In between is a whole range of unique love arrangements, from men with many wives to women who marry two brothers. Humans are also, by and large, less promiscuous than their primate cousins. Only about 30 percent of primates and 3 percent of all mammals are monogamous, Wlodarski told Live Science.

But most scientists tended to think of human sexual diversity as a bell curve: while there were a few extremes on either end, the vast majority fit in the middle.

To see whether that was true, Wlodarski and his colleagues analyzed data on the sexual attitudes of 600 British and American men and women. Some of the questions looked at how willing people were to engage in casual sex or short-term affairs.

"When we looked at the data, it has this very weird shape," Wlodarski told Live Science. " Rather than it being a whole gamut of mating strategies, there seems to be two potential phenotypes within males and within females."

Both men and women tended to split into two groups: one made up of people who valued faithfulness, and another with people seeking flings. Slightly more than half of the men could be classified as having the promiscuous orientation, compared with just under half of the women.

In a similar study, the team looked at data on the finger lengths of 1,313 British men and women. Because the ratio between the second and the fourth finger is a proxy for how much testosterone both boys and girls are exposed to in the womb, the team predicted that those with a much longer ring finger (and therefore greater prenatal testosterone exposure) would be more interested in casual sex. Sure enough, this finger ratio did in fact track with a person's proclivity toward casual sex.

However, the variation between people was huge, so it would be impossible, based on these survey results, to predict who is likely to stray, Wlodarski said.

But the findings do suggest that these two mating strategies have persisted because they both have their benefits, depending on the time and place.

"In humans monogamy is relatively new on the scene — we're talking hundreds of thousands of years," Wlodarski said. "It's a winning strategy because it's so novel and it seems to work in the culture that we've created."

For instance, if most men are sleeping around, it may provide a strategic advantage to be more faithful and help raise kids with just one woman, Wlodarski said.

In any case, it's likely that hundreds of variables, from upbringing to culture to birth control, may shape people's mating strategies in a given society. The current study looked at just two fairly similar Western populations, so it would be interesting to see whether and how these mating types show up in different cultures, Wlodarski said.

The findings were published today (Feb. 3) in the journal Biology Letters.