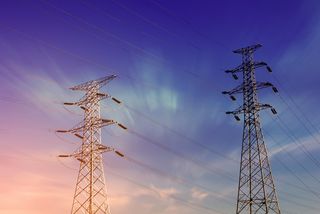 Last year, the United States' largest electric grid operator held an auction to determine how to meet future electricity demand in its service area, spanning all or parts of 13 states and the District of Columbia. Companies placed bids with the operator, PJM Interconnection, to supply electric capacity to its grid, competing to offer services at the lowest possible prices. Which technologies fared best in this free-market auction? The top-performing technology was neither renewables, like solar and wind, nor fossil power, like coal and natural gas. The winning resource, which will supply 47.5 percent of all new electrical capacity for PJM in 2017–2018, was "demand response," a set of techniques for reducing peak electricity demand.

Demand response technologies, which range from smart thermostats and water heaters in homes to sophisticated industrial systems, aren't discussed as often as renewables or conventional fossil fuel technology, but they will be critical for the future of our electricity system.

To see why, consider how the U.S. power grid works. During different hours of the day and different days of the year, demand for electricity is not constant. Demand tends to be lowest at night, when most people are asleep and not using their lights, appliances, and electronics. In the summer, demand tends to be highest in the afternoons, when people are active and buildings' air conditioning systems are running. In the winter, demand is often highest in the mornings and evenings, when there is greater need for heating and lighting.

To avoid blackouts, grid operators such as PJM are expected to supply enough electricity to meet demand in every minute of every day. This means that they must be able to call upon enough power plants to supply electricity to meet demand at the highest time of the highest day, with extra power plants available in the event of a plant failure or line outage. Since demand is lower during the rest of the year, the power plants providing the last units of electricity on peak days only run when the system is nearly maxed out, perhaps only for a few hours each year. It is expensive to build new power plants, or to keep old power plants staffed and well maintained, if they are so seldom used.

With demand response, grid operators use technologies to reduce the peak demand, thereby avoiding the need to build or maintain these expensive power plants. In addition to saving money, demand response is good for the environment: The most expensive plants tend to be the least-efficient plants, which emit the greatest amount of pollution per megawatt-hour of electricity generated.

Many technologies deliver demand response, including smart appliances, telecommunications, and building management systems. Yet the field is still developing, and promising new options will help shape the electric grid of the future. Today, demand response services are mostly provided by industrial facilities and commercial buildings, but thanks to smart thermostats, water heaters, and other appliances, residential customers will increasingly be able to supply these services as well. [Making Money Work: Using Coins to Generate Electricity]

There are four key technologies and strategies, current and emerging, to reduce peak demand.

Change the time when electricity is consumed. This is the most common form of demand response today. For example, a hotel might choose to wait until nighttime to run its laundry machines, or a building manager might program the air conditioning system to pre-cool the building in the morning so that the air conditioning doesn't need to run as much during the hottest part of the day. These strategies tend to save money (for many customers, electricity is less expensive at off-peak times), and if implemented carefully, they can avoid inconveniences for businesses and building occupants.

Change the location where electricity is consumed. In certain cases, a business might have a choice of where to perform a given service. For example, a non-time-sensitive computing task such as web search-engine indexing could be completed by computers in any data center: their physical location does not matter. A company with data centers across the globe might shift various computing jobs away from data centers in regions experiencing peak electricity load (and higher electricity prices) to other regions where electricity supply is not so tight at that time.

Reduce the demand for electricity. Rather than shift the demand in time or space, some strategies reduce the demand itself. For example, the target temperature of a water heater could be lowered during times of peak demand so that the heater runs less often. Energy efficiency technologies, such as improved building insulation, are also cost-effective and important ways to reduce demand, but since they work throughout the year — not just during times of peak demand — they are different from demand response technologies.

Use on-site batteries. A building that contains large batteries can charge them at night when power is cheap, and then utilize the power during the daytime when power costs are high, lowering peak demand and saving money in the process. At present, batteries with sufficient capacity and durability are too expensive for this to be a common strategy, but battery costs are dropping. Also, as electric cars become more popular, increasing numbers of people will buy large batteries that can be connected to the grid and potentially provide demand response services. [Liquid Battery Could Store Intermittent Wind or Solar Energy]

Other techniques are possible, such as using fuel cells to generate electricity at peak times or coordinating the behavior of many facilities to smooth their power demand. Another approach is to increase the transparency of time-of-day electricity pricing through a smartphone app or other means, to give customers the information they need to make intelligent choices about when to reduce their electricity consumption.

Grid operators are making demand response a core part of our energy future. For consumers, this will mean lower electricity costs, cleaner air, and even the opportunity to become part of the solution.