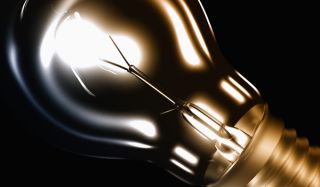 As February in Texas began with unusually cold weather, rolling blackouts were implemented in parts of the state in response to an increase in energy demand. A decade ago, California experienced a similar rolling blackout situation, but that electricity crisis was caused by unusually hot summer temperatures.

What is a rolling blackout? It's a last-resort measure taken by power companies to prevent the power grid from crashing at a time of increased electricity demand.

When a power supplier estimates that the amount of electricity being consumed could overload the system and cause a total blackout, it may decide to purposely shut off electricity on portions of the grid for set amounts of time in order to conserve energy.

Rather than force any area to go without power for a long period of time, the supplier will typically black out one area for an hour or so, then shift the blackout to another sector of the grid giving the impression that the blackout "rolls" as lights turn on in one area and go dark in the next. Hospitals, airport control towers, police stations, and fire departments are often exempt from rolling blackouts.

The Electric Reliability Council of Texas (ERCOT), which operates the power grid in much of that state, implemented a rolling blackout on the morning of Feb. 2 that affected nearly all parts of North Texas. ERCOT reportedly instituted the rolling blackouts because it could not meet the statewide energy demands brought on by a severe ice storm carrying the coldest air to move through North Texas in 15 years, and leading chilly residents to turn up their thermostats and plug in their heaters.

Decreasing demand, also known as "load sharing," is critical for protecting the grid. If demand outstrips supply, it can overload and damage network components, making it impossible to transmit electricity without repairs.

Instead of rolling blackouts, many East Coast states impose brownouts to curb energy usage . During a brownout, a power company reduces the voltage supplied to all its customers, rather than shutting off the juice to some. This decreased voltage results in lights becoming dimmer, hence the name "brownout."