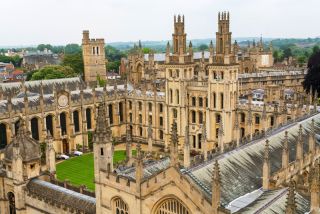 Rich families stay rich and poor families stay poor, according to a new study that finds that English people whose ancestors were elite in the 1100s are still likely part of the upper crust today.

The study echoes work in other countries that has found that social status budges little over generations, even in the face of massive social changes, said study researcher Gregory Clark, an economist at the University of California, Davis.

Clark began his research on social mobility expecting that families would generally tend toward the average — a particular surname might stand out among the elite for a generation or two, but their descendants would probably regress in notability. [History's 10 Most Overlooked Mysteries]

"To our surprise, when we started getting the data, we found this surprising persistence," Clark told Live Science. Names retain their status (low or high) for 500 years or more in some cases, he said.

The status of surnames

England provides a rare opportunity to study familial status over many generations. Surnames were established in the country by the 1300s, and genealogical records date back well into the Middle Ages. Clark and his colleague, Neil Cummins, of the London School of Economics used multiple databases, including parish records and legal documents, to ferret out rare English surnames. They then compared the proportion of these rare names in the general population to the proportion of rare names of students at Oxford and Cambridge universities dating back to 1170.

The proportions allowed the researchers to pinpoint elite names, like Agassiz, Brickdale and Cheslyn, all of which were overrepresented at Oxford and Cambridge. Non-elite names, which rarely popped up in the student rolls at those schools, included Allbert, Arfman and Clemishaw.

The researchers first found the overrepresented elite names in student rolls dating back to about 1800. Then, they tracked those rare surnames forward and back in time and found that the familial pattern held through centuries: An elite family in 1800 was likely still elite in 1600 and in 2000, too. A surname's initial status can easily persist for 20 to 30 generations, or 600 to 900 years, the researchers reported Nov. 15 in the journal Human Nature.

Oddly, Clark said, a family's rise and fall even seems to be symmetrical, with ascension to prominence taking about the same time as the decline.

The results don't just hold for the elites educated at Cambridge and Oxford, either. Clark and Cummins also tested the status of families based on surnames of people whose estates went to probate, which is only required once the estate is worth a certain amount of money. Wealth, like education, tended to "stick" across multiple generations — which makes sense, Clark said, because wealth and education tend to go hand-in-hand.

Social mobility was slow despite the massive social change that occurred in England between the Middle Ages and the modern era. The Industrial Revolution, the advent of public education and the dawn of democracy had only the most marginal of effects, Clark said.

The reason why is unclear, but it likely has something to do with the fact that people marry people who are very like themselves, he said. Children of well-off families marry others from well-off families, while the poor marry the poor. Some combination of family connections, culture and genetics then keeps these families at a fairly constant status over generations. [I Don't: 5 Myths About Marriage]

"Since it's all happening within families, changing social institutions actually have little effect, because they haven't really changed how people marry," Clark said. The "like-marries-like" effect might even be exacerbated in the modern era, now that education is open to women and couples can pick each other with their similarities even more in mind.

Slow mobility is not confined to England; Clark and his colleagues have found that surname status persists over generations all over the world. In the United States, Clark said, most European names are "pretty average," with the exception of French names, which tend to belong to lower-status whites. Most of the elite U.S. surnames come from relatively recent immigrant groups from India, Iran and Africa, Clark said.

The status findings don't, however, suggest that being born to a poor mom and dad dooms a child to a life of poverty. Zooming in on one generation results in a lot of "noise," Clark said — luck and chance and personality differences can result in wide variation in social status from parent to child.

"The underlying correlation is not good at predicting, say, father to son or mother to daughter," Clark said. "But it turns out that the correlation is very good when you start to think about multiple generations."

Zooming out and looking at large groups of people over centuries helps smooth out the individual differences that make it tough to determine any given person's fate. Thus, Clark said, while you may not live the same life as your mom and dad, you're more likely than not to share social status with your great-grandma, great-great-grandpa and even your great-great-great grandparents.