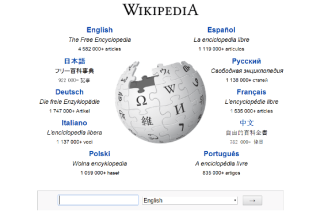 A sudden peak in visits to Wikipedia pages about a disease could herald an approaching outbreak, a new study suggests.

Analyzing such online trends could help scientists stay one step ahead of outbreaks around the globe, the researchers said.

In the study, the researchers examined whether Wikipedia's traffic data, which is free and open to all, could be used in the same way that other researchers have used Twitter data and Google Flu Trends to get advanced warning about disease outbreaks. All these systems can reflect the increasing interest of people in a given region in learning about a disease during the early stages of an outbreak, whether it's influenza in the United States or dengue fever in Brazil.

"A global disease-forecasting system will change the way we respond to epidemics," co-author Sara Del Valle, a researcher at Los Alamos National Laboratory in New Mexico, said in a statement. "In the same way we check the weather each morning, individuals and public health officials can monitor disease incidence and plan for the future based on today's forecast."

Del Valle and her colleagues looked at 14 outbreaks that occurred between 2010 and 2013 in nine countries. For example, the researchers looked at the number of daily visits to Wikipedia articles about cholera that people in Haiti made in 2010, and visits to its articles about Ebola that people in Uganda made during the small outbreaks that occurred there in 2011 and 2012. [5 Scariest Disease Outbreaks of the Past Century]

The results showed that by looking at page view trends, the researchers were able to tell when an outbreak was going to happen in a country in some of the outbreaks, sometimes up to 28 days in advance.

The method was particularly successful in predicting outbreaks of influenza and dengue fever, according to the study published today (Nov. 13) in the journal PLOS Computational Biology.

The researchers noted that the method didn't work well for detecting trends in diseases in which the rate of new cases changes very slowly (for example, HIV/AIDS), and outbreaks that happened in areas with low Internet connectivity and that involved a small number of people (for example, previous Ebola outbreaks in sub-Saharan Africa).

Still, online data may reflect trends faster than the current methods public health officials use to track infectious diseases, the researchers said. People may read about their illness before their lab results get documented, and sometimes even before they are diagnosed by a doctor.

And among online resources for learning about health conditions, Wikipedia has emerged as a trusted once. According to The New York Times, Wikipedia's page about Ebola virus disease had 17 million page views over a recent one-month period, comparable to the page views of Ebola articles on the World Health Organization and Centers for Disease Control and Prevention websites.