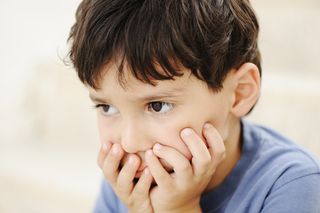 The percentage of children with autism worldwide has increased in recent years, but it's not clear whether this rise is due mainly to changes in how doctors diagnose autism and report cases, or if there is some factor in children's environment that is affecting autism rates.

Now, a new study finds that most of the rise in autism cases in Denmark is due to changes in reporting practices.

Researchers analyzed information from nearly 678,000 children born in Denmark from 1980 through 1991, who were followed until they were 22 years old. During this period, 3,956 of the children were diagnosed with autism, and most of these cases (95 percent) were reported after 1995.

Changes in reporting practices could explain 60 percent of the increase in autism prevalence in Denmark over the last three decades, the researchers said.

These changes in reporting practices include a 1994 change in the criteria used to diagnose autism, and also a 1995 change in the way autism cases are recorded in Denmark's health system. (The change allowed diagnoses made outside of a hospital to be counted; previously, the Danish health registry included only autism diagnoses made among people who had been admitted to a hospital.)

The finding "supports the argument that the apparent increase in ASD [autism spectrum disorders] prevalence in Denmark in recent years is in large part attributable to changes in reporting practices over time," the researchers, from Aarhus University in Denmark, wrote in the Nov. 3 issue of the journal JAMA Pediatrics.

But still, changes in reporting practices fail to explain 40 percent of the rise, the researcher noted. "Thus, the search for etiologic factors that may explain part of the remaining increase remains important," they said. [Beyond Vaccines: 5 Things that Might Really Cause Autism]

Because the study was conducted in Denmark, the conclusions apply only to that country, the researchers said.

However, "some of the issues that they've documented in this study in Denmark likely also apply to the United States, because there has been a broadening of the concept of autism in the past 20 years," said Dr. Andrew Adesman, chief of developmental and behavioral pediatrics at Steven & Alexandra Cohen Children's Medical Center of New York, who was not involved in the new study.

The new findings are not surprising because "the prevalence of a medical condition is going to be directly tied" to how we define it, Adesman said. In the United States, there were changes to the criteria used in making autism diagnoses in both the 1994 and 2013 editions of the Diagnostic and Statistical Manual of Mental Disorders (DSM), the guidebook for psychiatric conditions.

In the United States, the prevalence of autism increased from about 1 in 150 children in 2000 to 1 in 68 children in 2010, according to the Centers for Disease Control and Prevention. This increase is likely due to a combination of better efforts to diagnose autism, and an increase in people with the condition, the CDC says.

Previously, the same group of Danish researchers found that, in addition to autism, diagnoses of three other disorders —attention-deficit/hyperactivity disorder (ADHD), Tourette syndrome and obsessive-compulsive disorder (OCD) — are increasing at similar rates in Denmark, Finland, Sweden and Western Australia. This suggests that rising awareness of all four disorders is contributing to an increase in diagnoses, the researchers said.