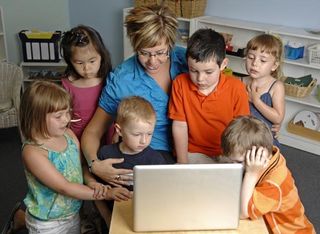 One in 88 children in the United States has autism, according to the most recent estimates released today in a report from the Centers for Disease Control and Prevention (CDC).

The largest increases were seen among Hispanic and black children, the report says.

Autism is much more common in boys, with nearly five times as many boys diagnosed as girls.

The new estimates indicate a growing need for programs serving children with the condition, the report says.

"One thing the data tells us with certainty — there are many children and families who need help,” said Dr. Thomas Frieden, director of the CDC. “We must continue to track autism spectrum disorders because this is the information communities need to guide improvements in services to help children," Frieden said.

Autism spectrum disorders are developmental disabilities that can cause language delays, impaired social and communication skills and repetitive behaviors. The group of disorders includes classic autism, as well as less severe forms of the condition, such as Asperger's syndrome.

The new report is based on data collected in 2008 for 8-year-olds living in 14 areas in the United States.

One out of every 54 boys were identified as having an autism spectrum disorder, compared with 1 in 252 girls.

The prevalence of autism spectrum disorders varied widely depending on location, from 1 in 210 children in Alabama to 1 in 47 children in Utah, the report says.

While more children are being diagnosed by age 3, 40 percent were not diagnosed until after age 4. "We are working hard to change that,” said Coleen Boyle, director of CDC’s National Center on Birth Defects and Developmental Disabilities.

"To understand more, we need to keep accelerating our research into risk factors and causes of autism spectrum disorders," Boyle said.

Parents concerned about their child's development should act quickly and speak with their doctor about their concerns, the CDC says. They can also call a local school system or early intervention program for assessment.

The new estimates are published today (March 29) in the CDC's Morbidity and Mortality Weekly Report.

Pass it on:  The number of children diagnosed with autism spectrum disorders in the United States continues to rise.