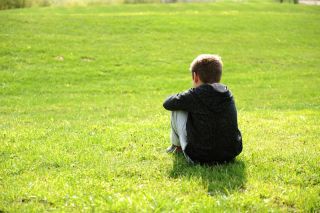 Up to 1.5 percent, or one in 68 U.S. children on average, may have autism, according to new estimates released today by the Centers for Disease Control and Prevention.

This new estimate means that about 30 percent more children may have autism spectrum disorders (ASD) than previously thought. A 2012 report from the CDC estimated that one in 88 children have the condition.

For the report, researchers reviewed records from the CDC's Autism and Developmental Disabilities Monitoring (ADDM) Network. They pulled data from 11 community centers where children with developmental disabilities are educated, diagnosed or treated.

The sample of children used in this report is not nationally representative, and the results may not generalize to the entire United States. However it is the most detailed picture, and the best estimate available, the researchers said. [Psychiatry's New Guide: 6 Things You Should Know]

The results showed a wide range in the number of children diagnosed with ASD based on their location, ranging from one in 175 children in Alabama to one in 45 children in New Jersey.  This difference is partly explained by the way data was gathered, for example, in Alabama, researchers had limited access to children's educational record.

In line with previous studies, the data continue to show that autism is almost five times more common among boys than girls:  one in 42 boys have autism, compared to one in 189 girls. White children are 30 percent more likely to be diagnosed with autism than black or Hispanic children.

It is unclear exactly how much of the rise in diagnoses is due to increased awareness of the disorder, and how much is due to a true increase in prevalence, researchers said. It could be a combination of both, they said.

"Community leaders, health professionals, educators and childcare providers should use these data to ensure children with ASD are identified as early as possible and connected to the services they need," said Coleen Boyle, director of CDC’s National Center on Birth Defects and Developmental Disabilities.

Researchers found most children were diagnosed after age 4. The condition can be diagnosed as early as age 2, and children can be enrolled in early intervention services, the researchers said.

"Early identification is the most powerful tool we have right now to make a difference in the lives of children with autism," Boyle said.

Autism spectrum disorders are characterized by deficits in social communication and social interaction and restricted, repetitive patterns of behavior, interests, or activities.

"The most important thing for parents to do is to act early when there is a concern about a child’s development," said Dr. Marshalyn Yeargin-Allsopp, chief of CDC’s Developmental Disabilities Branch. "If you have a concern about how your child plays, learns, speaks, acts, or moves, take action. Don’t wait."