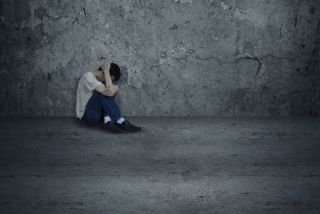 A chemical called sulforaphane derived from broccoli sprouts may help improve symptoms in some people with autism, a small new study suggests.

"We believe that this may be preliminary evidence for the first treatment for autism that improves symptoms by apparently correcting some of the underlying cellular problems," study author Dr. Paul Talalay, a professor of pharmacology and molecular sciences at Johns Hopkins University in Baltimore, said in a statement.

Before the trial, the participants' caregivers and physicians assessed the individuals' autistic traits using two standard scales, with higher scores on each scale corresponding with lower abilities in verbal communication and social interactions.

At the end of the study, the average score of the participants who received sulforaphane decreased by 34 percent on one scale and 17 percent on the other scale. These participants showed improvements in behavior, such as having fewer bouts of irritability, a decrease in repetitive movements, and fewer problems with communication and motivation. Those who took the placebo experienced what the researchers called "minimal change," or a change of less than 3.3 percent, in their scores on the scales. [5 Things that Might Cause Autism]

The families, friends and medical staff reported they noticed behavior changes for half of the participants who were taking sulforaphane. These observers correctly guessed that these participants had been taking the extract and not the placebo, even though they were still blinded to which treatment the participants were receiving, said study author Dr. Andrew Zimmerman, now a professor of pediatric neurology at UMass Memorial Medical Center in Worcester, Massachusetts.

Some participants showed no improvement

Another four participants who had been taking sulforaphane also improved according to the scales used in the study, but neither the parents nor the researchers guessed that these individuals had been in the group taking the drug.

"This is by no means a 'cure,' but sulforaphane may ameliorate symptoms of autism," Zimmerman told Live Science. "

"But it's important to note that the improvements didn't affect everyone — about one-third had no improvement — and the study must be repeated in a larger group of adults and in children, something we're hoping to organize soon," Zimmerman said in a statement.

The autism scores of the patients who took the extract went back to their original values after the patients stopped taking the compound, Talalay said.

The researchers also found that based onanother measure of autism symptoms, about half of the participants taking sulforaphane showed noticeable improvements in their social interactions, aberrant behaviors and verbal communication. In the placebo group, none of the participants showed any improvements in social interactions or verbal communication, and only 9 percent exhibited improvement in aberrant behaviors.

How does it work?

The causes of autism are not clear, but researchers have observed certain biochemical abnormalities that are often present in the cells of people with autism, the investigators said. For instance, people with autism frequently have high levels of oxidative stress, which is an imbalance in cells that can lead to problems such as inflammation and DNA damage.

Previous research has shown that sulforaphane may help improve the body's defense against oxidative stress. The compound may also strengthen what is called the "heat-shock response," which is a cascade of events that protects cells from the stress caused by high temperatures. The heat-shock response occurs, for instance, when a person has a fever.

Intriguingly, about one-half of parents of autistic kids report that their children's autism symptoms get better when the kids have fevers, Talalay said. It was because sulforaphane can also trigger a heat-shock response in cells that the researchers wanted to see if administering the compound might have the same effect on autism symptoms as fever often causes.

Sulforaphane may not have worked for everyone in the study because the causes of autism vary in different patients, and therefore, a given treatment may work for one patient but not others, said Dr. Thomas Frazier, the director of Cleveland Clinic's Autism School in Ohio.

"It is just an example of how there are different subgroups of autism," Frazier said told Live Science.

Frazier said that the study was promising, but he added that it needs to be redone in a more rigorous way. Future studies should use more-objective measures to assess sulforaphane's potential effect on symptoms of autism, rather than the subjective assessments of parents, he said.

The study is published today (Oct.13) in the journal Proceedings of the National Academy of Sciences.