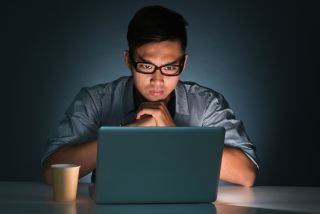 Internet "trolls" — people who intentionally incite discord in online communities — may have a lot in common with real-life sadists, new research suggests.

In two studies conducted online, researchers examined personality traits and the online commenting styles of 1,215 people. The investigators found that Internet trolls tended to have personality traits related to sadism, psychopathy and Machiavellianism – a term used by psychologists to describe a person's tendency to deceive and manipulate others for personal gain. The link between trolling and sadism was the strongest out of all three traits, the researchers said.

So what could explain the links between trolling and sadism? Simply put, some people seem to enjoy being argumentative and purposefully disruptive, according to the researchers. [Understanding the 10 Most Destructive Human Behaviors]

"Both trolls and sadists feel sadistic glee at the distress of others," the researchers, from the University of Manitoba in Canada, wrote in the study. "Sadists just want to have fun … and the Internet is their playground!"

"In real life, some people are destructive and deceptive," said Michelle Drouin, an associate professor at Indiana University–Purdue University Fort Wayne (IPFW), who was not involved in the study. "This study, like others that are emerging lately, provides another perspective on the ways in which people's real lives and selves are crossing virtual boundaries."

Unfortunately, in some cases this behavior may become sadistic, and some people may want to cause pain or discomfort to others, Drouin told Live Science.

To conduct the first study, the researchers recruited 418 people, with an average age of 29, to complete survey questions online. One of the measures of sadistic personality used in the study was the so-called Short Sadistic Impulse Scale, which includes 10 items that assess a person's tendency to enjoy hurting others. For example, one of the statements presented is, "Hurting people is exciting." The study participants were asked to rate each item on five-point scales from one to five (with "one" meaning to strongly disagree and "five" meaning to strongly agree).

In the first study, the researchers also used the so-called Varieties of Sadistic Tendencies scale, which includes six items aimed at assessing direct sadism, such as identifying with the phrase, "I enjoy hurting people," and seven items to assess what's known as vicarious sadism. People who are vicariously sadistic may enjoy seeing cruelty in movies or video games. One of the ways used to assess this form of sadism was asking whether the people in the study identified with the following phrase: "In video games, I like the realistic blood spurts."

The participants rated the various items on a seven-point scale from 1 (not at all) to 7 (very much). The researchers also assessed the participants' Internet behavior patterns by asking them about their preferred activities while commenting online. Some of the choices included "chatting with other users," "making new friends" and "trolling other users."

In the second study, the researchers constructed another trolling measure that they called the Global Assessment of Internet Trolling (GAIT) scale. They used this tool to assess people's trolling behavior and levels of enjoyment. They also asked people in the study how much time they typically spent online.

The investigators found a link between online commenting frequency and the enjoyment of trolling, which is consistent with previous research that has established an association between excessive use of technology and antisocial behavior.

The study did not find a relationship between sadism and other harmless online activities, such as chatting and debating. And, unlike sadists, narcissists in the study did not appear to enjoy online trolling.

Drouin said that "the Internet presents unique opportunities for anonymity, so people can distance themselves from their acts in terms of personal responsibility.

"Thus, the Internet may, as the authors suggest, be a sadist’s playground," she added.