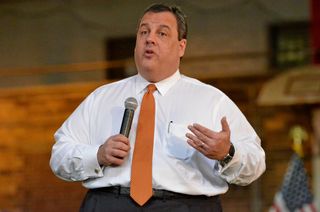 New Jersey Gov. Chris Christie claimed in a news conference Thursday (Jan. 9), "I am not a bully," denying that he was involved in a series of massive traffic jams last year, orchestrated by his top aides to punish a political opponent who refused to give the governor an election-year endorsement.

History will eventually determine just how much of a bully Christie is or is not, but history has already weighed in on the role that intimidation, retribution, favoritism and popular imagery play, all in the pages of Niccolò Machiavelli's "The Prince."

That political tome, written by Machiavelli in the early 16th century, remains an oft-quoted classic that continues to inform policy discussions and government decision-making 500 years after it was written. And for good reason: A number of recent political leaders have come to personify the dog-eat-dog world described in the book. [5 Influential Leaders Who Transformed the World]

Though the political fallout from Christie's office is far from settled, this isn't the first time the governor has been accused of running New Jersey like a medieval fiefdom. Pundits have accused Christie, a blue-state Republican, of strategically creating alliances with a few Democratic leaders as a means of sowing distrust within the Democratic Party. "Christie's political strategy has been pure Machiavellian brilliance," wrote Brigid Callahan Harrison in The Record.

And despite his fervent denial, Christie's reputation as a bully goes back several years. A former New Jersey governor was stripped of police security; a college professor was denied funding for academic programs; and a local politician was "uninvited" to an event in his own district — all were seen as acts of retribution, according to The New York Times.

Through these machinations, Christie seems to have demonstrated his understanding of one of Machiavelli's most honored principles: It's better to be feared than to be loved. "Since love and fear can hardly exist together, if we must choose between them, it is far safer to be feared than loved," Machiavelli wrote. "Men are less careful how they offend him who makes himself loved than him who makes himself feared."

When Rudolph Giuliani assumed the mayor's office of New York City in 1994, the city was reeling from severe unemployment and high crime rates. He appointed William Bratton as police commissioner, who then instituted a number of tough crime-fighting measures, not all of which were popular.

After two years, Bratton was forced out of his position — a move with distinct Machiavellian overtones — allowing Giuliani to deflect some (but not all) of the negative publicity associated with hardline police tactics while taking credit for the drop in crime.

"Most of what Giuliani did was Machiavellian in the best sense," said Giuliani biographer Fred Siegel, as quoted in the New York Observer. "People forget Machiavelli believed in virtue. Not quite our version of virtue, but something akin to it."

3. Do the ends justify the means?

Few have mastered Machiavellian principles as well as the legendary Huey Long Jr., governor of Louisiana and a U.S. senator until his assassination in 1935. Though he built his political career during the Depression on a wave of populism, Long wasn't afraid of arm-twisting, bribery, backroom deals and any kind of political chicanery, all in the interest of the people of Louisiana. [Gallery: Rare Color Photos of the Great Depression]

Machiavelli never wrote "the ends justify the means" (a phrase often attributed to him), but the sentiment is found throughout "The Prince," and is embodied in Long's demagoguery, and his willingness to pursue any means to help the common people: "Wherefore if a Prince succeeds in establishing and maintaining his authority," Machiavelli wrote, "the means will always be judged honorable and be approved by every one."

Long was described as "an instinctive Machiavellian," who would "exploit the misery and the confusion of the American people" while offering little in the way of genuine economic reform, said political analyst Benjamin Stolberg.

Richard Nixon, America's 38th president, was considered Machiavellian in more ways than one. He resigned in disgrace after the Watergate scandal, despite declaring, "I am not a crook," echoes of which could be heard in Christie's denials of being a bully.

Nixon was credited with using Machiavellian-style realpolitik analyses in foreign affairs. "Machiavelli and, I think, Richard Nixon see the state as a dynamic amoral force which will succeed and survive only when ruthlessly managed," wrote historian Holmes Alexander in 1973.

But Nixon was eventually felled by his political overreach when his Machiavellian power plays were exposed by modern media. One example was Nixon's exploitation of religious services as a political tool: "Even Billy Graham, court chaplain extraordinaire, eventually conceded that it was a mistake for the Nixon administration to host Sunday morning church services at the White House," wrote Michael G. Long in The Huffington Post.

"It is well to seem merciful, faithful, humane, religious, and upright, and also to be so," wrote Machiavelli, "but the mind should remain so balanced that were it needful not to be so, you should be able and know how to change to the contrary."

5. Putin on the rocks

Few would deny Russian President Vladimir Putin's masterful command of Machiavellian politics, but he seemed to slip in 2011, when his appearance at a sporting event was greeted with catcalls and heckling.

Putin, it seemed, had fallen into the worst of Machiavelli's political positions, that of the hated ruler. "A Prince has little to fear from conspiracies when his subjects are well disposed towards him; but when they are hostile and hold him in detestation, he has then reason to fear everything and every one," he wrote.

But in a bit of Machiavellian jiu-jitsu, Putin quickly regained his political mojo, which he demonstrated by beating President Barack Obama at his own game, i.e., securing the reduction in chemical weapons in Syria, which were used by that country's government in 2012 against Syrian citizens, much to the outrage of Obama and the entire international diplomatic community.

Putin's "call for Americans to finally separate morality from international relations … was a call to return to the principles long established by Niccolò Machiavelli, for whom it was both morally and tactically wrong to apply to political action the moral standards appropriate to private life and personal relations," wrote Vadim Nikitin in The Guardian.