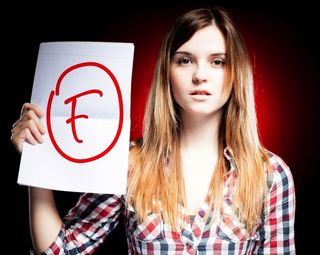 NEW YORK — What do the light bulb, the polio vaccine and the Internet have in common? They were all considered failures at first, but later became extremely successful.

The fear of failure tends to make people risk averse, but sometimes it's important to fail and learn from those mistakes, experts say.

"You have to be fundamentally willing to fail," Ólafur Ragnar Grímsson, president of the Republic of Iceland, said here yesterday (Sept. 22) at the annual meeting of the Clinton Global Initiative. The initiative, founded by former U.S. President Bill Clinton in 2005, aims to bring together global leaders to develop solutions to pressing world problems, such as poverty and climate change. [Oops! The 5 Greatest Scientific Blunders]

People fear failure, Grímsson said, in a session entitled "Can we fail faster, bigger and better for greater impact?" This fear was even reflected in the fairly small turnout for the session, as one audience member pointed out. But this mentality needs to change, the speakers said.

From 2008 to 2011, Grímsson watched his country plunge into a financial crisis. "You can fail big. You can fail fast. And we certainly did that," Grímsson said. But since then, Iceland has transformed itself into a great example of failing successfully, he added.

The first thing Iceland learned from that failure was that it needed to go against the prevailing opinion of what creates success, the Icelandic president said.

When the country's banks failed, the government held a referendum so that the public could decide whether it wanted to shoulder the tax burden of a bailout, but that was a mistake. "You don't introduce democracy to handle a banking crisis," Grímsson said.

The prevailing wisdom held that a big financial sector was good, but in fact, it leads to failure in the innovative parts of an economy, Grímsson said. Icelandic banks had become high-tech companies, employing engineers, mathematicians and IT experts, so when the banks failed, suddenly all this talent was on the market, he said. The infusion of technical talent boosted the economy and turned the failure into a success.

Recovering from a major financial crisis like the kind Iceland suffered is possible, but you have to be willing to take the risk that you may fail, the president said. Society must transform so that if political leaders attempt to change the world and fail, it won't cost them the next election, Grímsson said. "A failure can doom you out of political or corporate office forever, and we need to change that," he said.