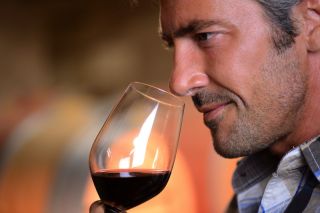 Whether or not you like the taste of alcohol may be in your genes, new research suggests.

In the study, people with one version of a bitterness taste receptor gene said they found an alcoholic drink to be less bitter-tasting than those with a different version of the gene, according to the findings published today (Sept. 23) in the journal Alcoholism: Clinical and Experimental Research.

"The two genes, that had been previously associated with [alcohol] intake, also associated with differences in the perception of ethanol," said study author Dr. John E. Hayes, of the Sensory Evaluation Center at The Pennsylvania State University in University Park. "The reason this work is significant is because it fills in this gap, because no one had shown in the lab that the alcohol actually tastes differently depending on which [version of the gene] you have."

People who find the taste of alcohol less bitter may be more inclined to start drinking, Hayes said, which could have implications for identifying those at risk of becoming problem drinkers. "It seems unlikely the taste of alcohol matters at all once someone is alcohol-dependent," Hayes said, although he noted this was speculation on his part. "Still, taste genetics may be an important risk factor before someone becomes dependent."

Humans have 25 genes that encode for taste receptors on the tongue that perceive bitterness, Hayes said. He and his colleagues looked at variants in two of these genes, called TAS2R13 and TAS2R38, in 93 healthy people of European ancestry, as well as variants in a gene called TRPV1, which codes for a receptor involved in perceiving "burning" or "stinging" sensations in the mouth. [7 Ways Alcohol Affects Your Health]

The study participants rated the overall intensity of a drink that was 16 percent alcohol, which they sipped and then spit out, and also scored their taste sensations for three minutes after a cotton swab soaked with 50 percent alcohol solution was applied on the back of their tongue.

"We would expect about 25 percent of the population to have two of the really sensitive forms, 25 percent insensitive, and 50 percent in the middle," Hayes said.

People's versions of the TAS2R38 gene have also been linked to their food preferences, and the gene is believed to explain why a minority of people are "supertasters," who are more averse to bitter veggies like kale and cabbage, as well as beverages like coffee and grapefruit juice.

Past studies suggest that having just one of the more sensitive versions of TAS2R38 is enough to suppress people's alcohol intake, Hayes noted. He pointed to a 2004 study that found people with two sensitive forms of the TAS2R38 gene reported drinking about 134 drinks a year, versus 188 drinks per year for those whose two copies differed from each other, and nearly 290 drinks per year for those with two copies of the less-sensitive version.

The researchers also found that one variant of the TAS2R13 gene and three variants of the TRPV1 gene were associated with how intense the alcohol tasted to the study participants.

Hayes said he and his colleagues would like to conduct a prospective study that follows college freshman over time to see if the bitterness taste genes influence their risk of becoming future problem drinkers.

But it's important to remember, he added, that a host of cultural and environmental factors contribute to a person's drinking behavior. Still, he said, "the idea that one little biological factor could seemingly have such a large role is pretty stunning."