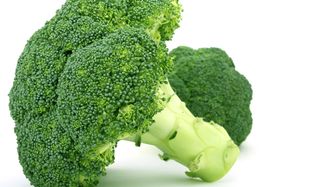 It has been a mystery why some people love some vegetables like broccoli, while others find it to be bitter, even though most people have the same genes for bitter taste receptors.

Now scientists may have found the missing link — it's not only people's genetic makeup that determines people's reaction to broccoli's bitter taste, but also how these genes are instructed to make taste receptors, according to a new study published today (Sept. 11) in the American Journal of Clinical Nutrition.

The most-studied gene for bitter taste receptor, TASR38, comes in two types. People who have only one type or the other may be at the extremes — they are either very sensitive to bitterness, or don't taste it unless it's very strong. But most people are somewhere in between, having one copy of each type.

However, even within this group of "moderate tasters" who have the same genes, there is greatly varied sensitivity to bitterness. [Tip of the Tongue: The 7 (Other) Flavors Humans May Taste]

In the study, 18 people with the same bitter taste genes rated the bitterness level of several beverages, including broccoli juice and carrot juice.

The results showed a direct relationship between how much mRNA people's cells made, and their bitterness ratings of broccoli juice. People who had the most mRNA for bitter taste receptor rated the juice as most bitter.

"The amount of messenger RNA that taste cells choose to make may be the missing link in explaining why some people with 'moderate taster' genes still are extremely sensitive to bitterness in foods and drinks," said study researcher Danielle Reed, a geneticist at Monell Chemical Senses Center in Philadelphia.

The findings shows a new level of complexity in taste perception, and may ultimately lend insight into individual differences in food preferences and dietary choices, the researchers said.

Although the finding has solved one mystery, it has opened the door to new questions.

"One of the biggest mysteries is what causes the variation in how much mRNA is produced, which could affect how bitter you perceive something, and does it change with diet or age?" said Julie Mennella, a developmental psychobiologist at Monell, another researcher in the study.

The relationship between diet and mRNA production remains unclear. Previous studies have shown that diet could affect the expression of genes involved in nutrient digestion and metabolism.

It might be that people with low expression of bitter receptor genes, who find vegetables to taste less bitter, are more likely to include them in their diet than people with high expression of these genes, the researchers said.

Conversely, it is possible that eating bitter vegetables may change gene expression over time, the researchers said.