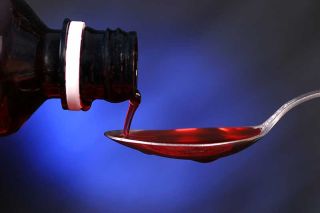 Two recent medical studies have cast doubt on the effectiveness of pharmaceutical drugs for treating coughs and sinus infections and instead recommended home remedies.

In so doing, the research undermines the idea of a conspiracy by big drug companies to hide information about alternative cures.

Research done at the University of Southampton in England examined 240 patients with sinus infections and found that those taking antibiotics and steroid sprays fared no better than those given no treatment at all. The study's lead author said that "the current view that antibiotics are effective [for acute sinusitis] can now be challenged."

The study's authors recommended home remedies such as inhaling steam and flushing the nose with salt water for relief. The research was detailed in the Dec. 5 issue of the Journal of the American Medical Association.

Another study, published in the December issue of the journal Archives of Pediatrics and Adolescent Medicine, concluded that honey works better than cough medicines or no treatment at all in soothing children's coughs.

Researchers led by Dr. Ian Paul of Pennsylvania State University's College of Medicine used 105 children with upper respiratory infections. Some of their parents were given honey to administer to the children, others were given cough medicine, and still others were left untreated. Parents were then asked to rate the severity of their children's symptoms, and across the board, those treated with honey did the best. Though the sample size was small and parent's judgments were subjective, Dr. Paul noted that this was the first study to actually demonstrate honey's effectiveness as a treatment.

To many people, this was non-news: Of course honey helps coughs; any grandmother could tell you that. But controlled, scientific testing is important, because while some home remedies are valid, many are not.

Many grandmothers also believe that cold weather causes colds (in fact, viruses are to blame) and that cod liver oil cures colds. One thing that science does very well is separate truth from myth, distinguish remedies proven to work from those only claimed to work.

These studies (only two of many) are just the sort of research that Kevin Trudeau, best-selling author of books such as "Natural Cures They Don't Want You to Know About," claims doesn't exist.

Trudeau, a convicted felon, has made a fortune on his infomercials, books, and Web sites, claiming to reveal important medical information that is being kept hidden by a conspiracy between the medical establishment and big drug companies. According to Trudeau, "There are certain groups, including government agencies, the drug industry, and even some news and television and newspaper organizations, that don’t want people to know about cures for diseases that are all-natural because people can’t make money on all-natural cures."

According to Trudeau and other promoters of "alternative medicine," big drug companies prevent medical research that doesn't promote profitable drugs.

Yet here are recent studies by reputable doctors, published in respected medical journals and widely publicized on major media outlets that conclude that the tested drugs don't work! Surely this is a disastrous failure of the pharmaceutical companies' plan to thwart studies proving their products worthless. The conspiracy to keep Americans from finding out about natural cures must have been handled by the same folks who carefully covered up the Roswell "UFO" crash, because according to a 2002 study, half of Americans over 18 have used some form of alternative medicine.

It is certainly true that many drugs are over-prescribed, and that drug companies' huge profits are often spent developing and advertising expensive designer drugs (such as Viagra) instead of life-saving medications for the Third World. The pharmaceutical industry is the target of much legitimate criticism, but the idea that they are part of a global conspiracy to keep the public from finding out about (and using) natural cures is simply ridiculous.

The reason that many natural cures and alternative medicines promoted by Trudeau and others are not part of mainstream medicine has nothing to do with a conspiracy; instead it's because the treatments have never been scientifically proven to work.

You can be sure that if the "all-natural cures" that Trudeau touts were effective, pharmaceutical companies would begin marketing them. While Trudeau claims that "people can't make money on all-natural cures," Americans spend over $30 billion per year on alternative therapies and natural cures, and Trudeau himself has made millions.

I wonder if Trudeau and other "natural cure" promoters will reject the cough study's findings--- after all, it was funded by the big, bad honey industry.

Benjamin Radford is managing editor of Skeptical Inquirer science magazine and author of "Media Mythmakers: How Journalists, Activists, and Advertisers Mislead Us" (2003). This and other books are noted on his website.