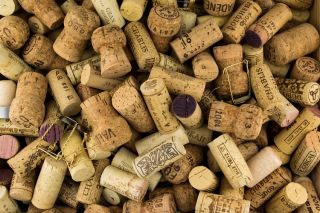 Wine lovers might treasure the oaky, full-bodied taste of a cabernet sauvignon or the light and fruity aroma of a pinot grigio. But if the bottle is stopped with a low-quality cork, they can kiss that meticulously cultivated flavor goodbye.

Many people may only worry about corks when it's time to pop the Champagne, but some experts are worried about wine cork quality, which has been mysteriously in decline for almost 20 years.

Corks are made from the bark of Quercus suber trees, commonly called cork oaks, which grow only in southwest Europe and northwest Africa. More and more low-quality cork trees with thin bark are sprouting up. [6 Unexpected Effects of Climate Change]

Now scientists think rising temperatures and increased exposure to ultraviolet, or UV, light brought on by climate change may be behind chemical changes in the bark of cork oaks.

"There are several factors like climate change, landscape changes and the dry seasons getting longer that could be causing the decline," Rita Teixeira from the University of Lisbon, told Live Science. "The change in bark quality may be the trees' way of adapting."

Bark acts as the protective outer layer on trees that protects the plant from drought and shields against radiation. Cork oaks have been growing thinner and more porous layers of bark. Cork producers need bark that's at least 27 millimeters (1 inch) thick to make a good cork, but most of the trees are now producing bark between 3 mm and 10 mm (0.1 inches and 0.4 inches), Teixeira and colleagues write in their study, which was published June 22 in the Journal of Experimental Botany.

The researchers also discovered that the trees with thin layers of bark have lots of lenticular channels — small airways that allow gas exchange between the bark and the outside air. Corks made from this kind of bark are considered low quality, because the lenticular channels allow more air to enter the bottle. The oxygen seeping in reacts with the alcohol and makes acetic acid that gives the wine an unpleasant sour and vinegar-like taste. A batch of bad corks can ruin entire cases of wine, Teixeira said.

The global cork industry is worth about $2 billion, but metal wine stoppers are cheap alternatives and are growing in popularity. Past research published in Flavour and Fragrance Journal found that consumers could not tell the difference between wine corked with a natural oak-based cork and wine that was corked with a metal stopper. However, many wine producers still prefer the original oak-based cork, but the choice between a cork and a metal cap is hotly debated among wine enthusiasts.

Teixeira says that after more genetic testing, it may be possible to select the best cork oaks for breeding and increase the quality of the cork used to stop wine bottles. In the future it may even be possible to genetically engineer cork oaks with high-quality bark.